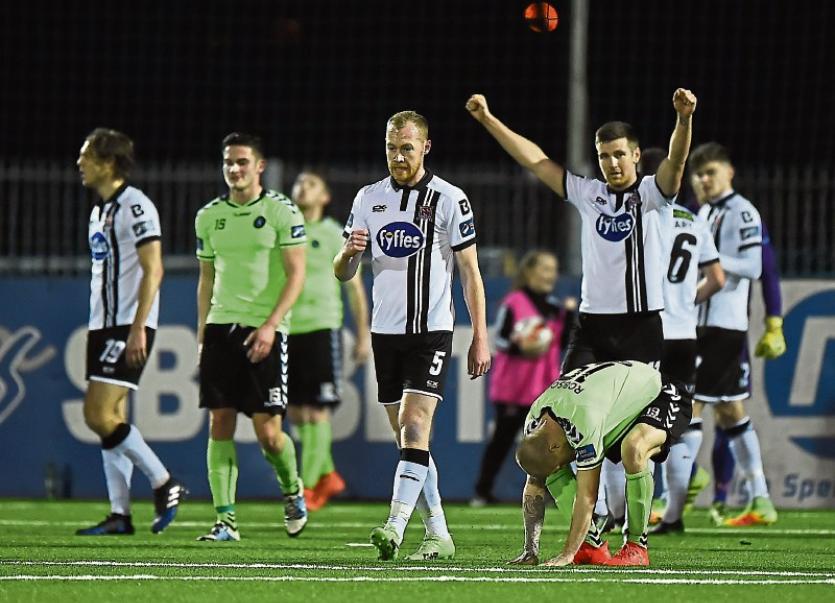 Patrick McEleney’s stunning strike in the 32nd minute helped the Co Louth side maintain their 100% start to the season.

Gritty Limerick made champions Dundalk work hard for the victory before an attendance of 3,286, with the Blues creating a number of decent scoring chances over the 90 minutes.

Limerick remained very much in the game through the second half and striker Rodrigo Tosi got on the end of a cross from substitute Ian Turner but the Brazilian couldn’t place his header either side of Sava.

The Dundalk supporters became more nervy as the game drifted towards the final 10 minutes but Stephen Kenny’s side hled on for victory.

However, Limerick manager Russell will be encouraged by the battling nature of his side’s display against the league’s top side.