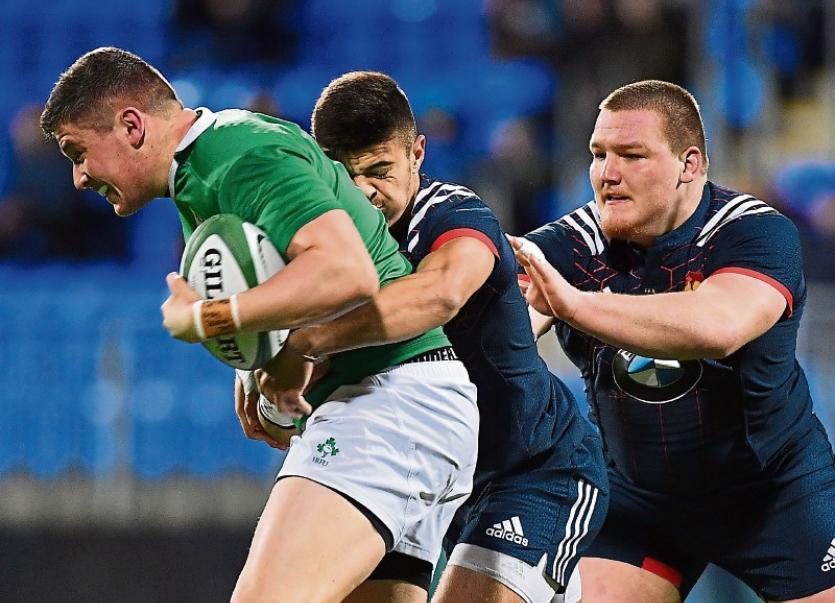 SEVEN Munster players were included in the Ireland U-20s squad to face Wales in the RBS 6 Nations Championship at Parc Eirias, Colwyn Bay, on Saturday, 6.30pm.

Young Munster’s Calvin Nash will captain the side from the left wing, while he is joined in the side by his clubmates Fineen Wycherley in the second row and back-rower Gavin Coombes.

Wycherley made his Munster senior debut in their Guinness Pro12 victory over Cardiff Blues at BT Sport Arms Park.

Garryowen’s Bill Johnston will full the pivotal out-half berth, while UL-Bohemian prop Joey Conway will line out in the front row.

Stafford is in line to make his Ireland U-20s debut off the bench.

Ireland U-20s have won all three of their 6 Nations fixtures to date against Scotland, Italy and France.