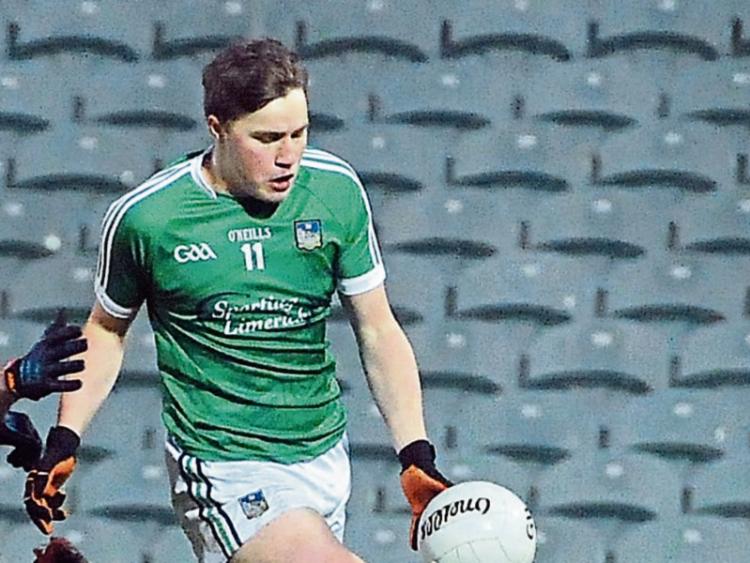 LIMERICK won an extra time thriller in the Munster U-21 Football Championship this Wednesday evening.

It finished 0-16 to 0-14 to Limerick over Tipperary in the Gaelic Grounds for a first win in the competition since 2011.

Limerick were 0-5 to 0-4 ahead at half time after an opening half in which they dominated much possession.

It was a first half in which Tipperary didn’t score from play.

Jack Kennedy opened the scoring with a Tipperary free and added another two from placed balls before interval.

Padraig de Brun had Limerick off the mark on two minutes and Hugh Bourke added another in the fifth minute for a 0-2 to 0-1 lead – the only Limerick scores from play in the first 30-minutes.

Bourke added another two points but both from frees for a 0-4 to 0-2 lead.

The Adare man almost had a 16th minute goal but Charlie Manton saved brilliantly in the Tipperary goal.

The final Limerick score of the half was a Josh Ryan ‘45 in the 27th minute.

Just before the break Richard Hayes came to the Limerick rescue with a fine reflex save from Stephen Quirke.

On the change of ends Tipperary were reduced to 14-men within a minute with a second yellow card for Emmet Moloney.

Another Bourke free increased the Limerick lead but then came a fine Tipp response to their sending off and soon they were 0-7 to 0-7 ahead entering the final quarter.

Bourke and Ryan hit back with more Limerick frees but wing back Paudie Feehan had the game level for the fourth time with 10-minutes to play.

Brendan Martin looked to have won it for Tipp but Michael Donovan popped up with a fine equaliser in the 58th minute.

But there was to be five added minutes and plenty more drama.

Josh Ryan was showed a straight red card after two of the five minutes and then Tipperary went ahead with a Jack Kennedy free.

But both sides were back to 15 for extra time and it was Tipperary that made the early running with points from Ross Peters, Paudie Feehan and a Jack Kennedy ‘45 to open a three point lead for the first time in the game.

Just before the break in extra time a Bourke free was to be the only Limerick score of the 10-minute period.

An early backcard for Tipperary sub Jordan Moloney and with all substitutions used, Tipperary were a man down for most of the second period of extra time.

Hugh Bourke from a free and from play cut the lead but John Lyons put two between the sides again.

The Kieran Daly levelled and up popped cousins Michael and Brian  Donovan with the winners in the dying seconds.