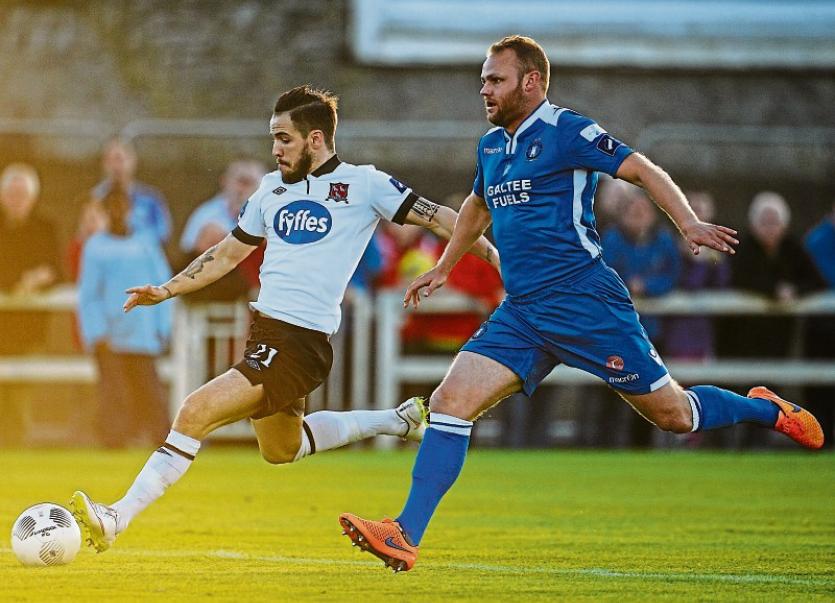 LIMERICK FC manager Martin Russell is expecting a tough test in Friday’s trip to Oriel Park to face League leaders Dundalk, but he is also relishing the opportunity to show what his side can do against the best.

Limerick FC endured a frustrating trip to Donegal on Friday night as their SSE Airtricity League Premier Division clash with Derry City at Maginn Park, Buncrana, was abandoned due to floodlight failure after just 25 minutes. The sides were tied 1-1 at that stage.

Turning his attention to Friday night’s clash with champions Dundalk, Russell said: “They’ve (Dundalk) started where they left off last season, they’re the team to beat.

“It is probably the biggest challenge in domestic football at the moment, to pit yourselves against Dundalk, but it's one we want to have and we're looking forward to. We’ll learn quite a bit from it.

“They’ve represented the country on a European level at a very high standard, so they have our respect but we also want to go and see how good we can be against them. We’ll try this week to get everything in motion to give us the best chance of going there and doing well.”

The Shannonsiders have made a good start to the campaign, beating Sligo Rovers 5-1 in their opening fixture in the Markets Field, and Russell believes his side won’t be underestimated by any of the clubs they face this year.

“Everybody has respect for each other in the league. There have already been results that many people maybe didn’t see coming. Going through the course of the season, it’s survival of the fittest.

“You’re going to have to have your group as strong as possible to get anything out of this league and it’s like that for everybody.”

Limerick have been without Shane Tracy (back), John O’Flynn (calf), and Dave O’Connor (hand) for the opening fixtures thus far, but Russell hopes to see progress on that front soon.

“We’ll know more in the next day or two how close we are. They’re all making good strides forward. During the week you’d want to see maybe more development in that, so it’s ongoing.”