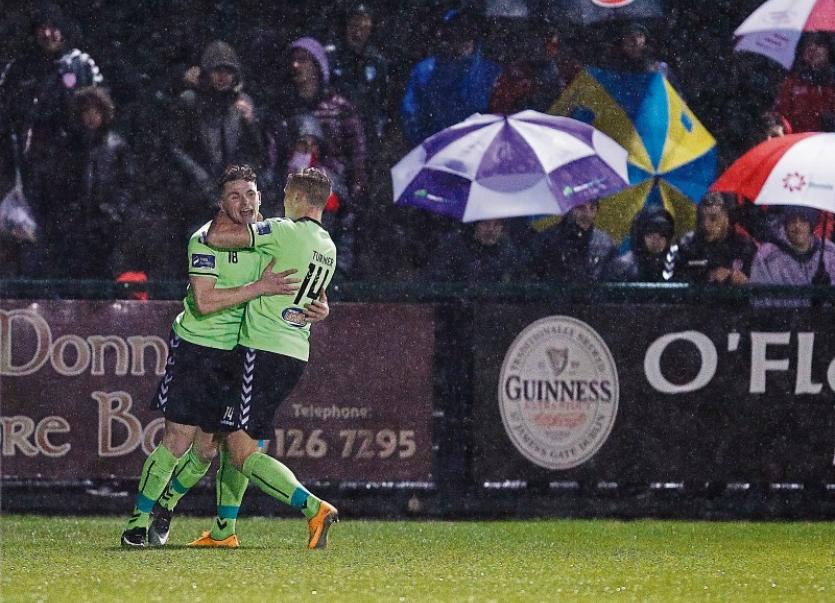 DERRY City officials have thanked Limerick FC for their ‘courtesy and understanding which could not have been greater’ in the wake of Friday night’s abandoned SSE Airtricity League Premier Division fixture at Maginn Park, Ballybofey.

The Premier Division fixture was abandoned after 25 minutes due to floodlight failure. The game was tied 1-1 at the time.

A statement on Derry City’s official website this week explained that fans attending the re-fixed game which will take place at Maginn Park on Tuesday, March 21, 7.45pm would avail of free admission.

The Derry City statement read: “It was unfortunate that the floodlights failed on last Friday night at Maginn Park and that the match had to be abandoned. The weather was foul but the pitch itself and the standard of football from both teams was of a high standard.

“It was also very pleasing that the match was played in front of such a large crowd and in a very positive atmosphere. We want to thank our supporters for the manner in which thy responded to the abandonment of the match and their appreciation of the limited facilities of Maginn.

“Our supporters will want to be assured that while lighting of the facility is not our prerogative or responsibility, the appropriate authorities had examined and assured the Club that the floodlights were up to appropriate standards.

“The club is also aware that there were a number of small seating and visibilities issues on the night.

“These were mostly down to teething problems and every effort will be made to improve and eradicate as many of these as is possible.

“Thanks to Limerick FC for their magnanimity.

“Their courtesy and understanding could not have been greater. We also want to thank the people of Buncrana for their warm welcome.

“The Club has decided that admission to the return game will be free.”