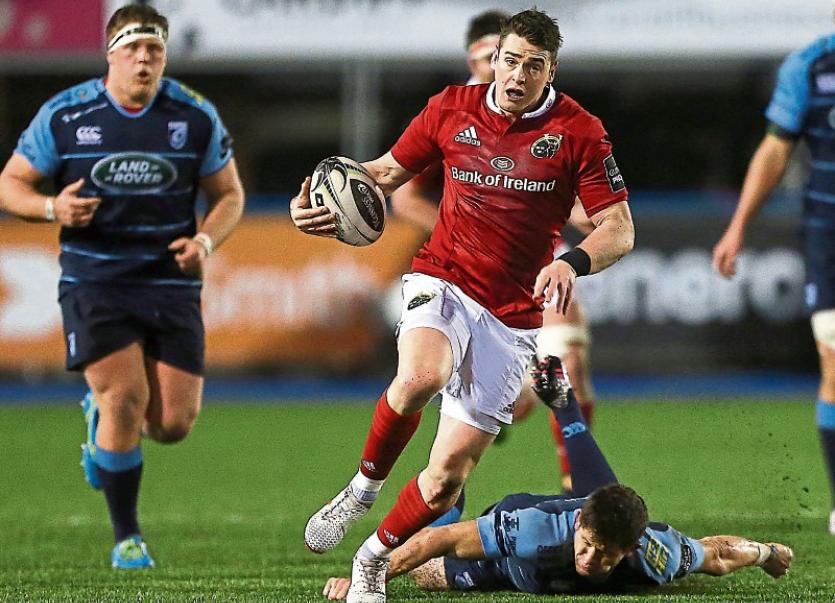 MUNSTER'S eighth victory in nine away fixtures in the Guinness Pro12 this season has kept the province strongly in contention to secure a home semi-final in the play-off series.

Third-placed Munster are three points behind leaders Leinster and one adrift of the second-placed Ospreys with now just five series of games to go in the regular season.

The Pro12 now takes a three-week break from competitive action with Munster's next outing away to Zebre in Italy on March 25.

That will be the province's final fixture before the Champions Cup semi-final against Toulouse at Thomond Park on Saturday, April 1, 5.45pm.

Munster's South African centre Jaco Taute said the 'team culture' was the reason the province was able to grind out victories in so many away fixtures this season.

Taute said: “I think it is all down to the team culture, that we never give up and we enjoy playing for each other, even when the chips are down. We don't care where we play as long we can play and win games, we love it.

“We have high standards for each other. The loss at home to the Scarlets was massive for us.

“We never want to lose in a Munster jersey, so we worked hard this wee. We knew this was going to be a massive challenge against Cardiff, and we got the win.”

Asked what he believed made Munster tick from the point of view of an overseas player, Taute said: “I think it is the tradition and legacy that Munster has. For me it is a massive privilege to join that. It is amazing

“It is a community of rugby. That is what makes it so special. We are just privileged to play in the jersey.”

Munster skipper Billy Holland said: “Cardiff are a quality side, especially at home. they don't give you anything easily. We made a few mistakes in their '22, gave away a silly intercept try, but we just kept believing which was great after last week against the Scarlets where we conceded three tries in six minutes which would have hurt most teams confidence.

“At times, I think we were a bit nervous, but when you have quality, fellas like Rory Scannell stepping in there again at 10 and slotting a drop kick. Fineen Wycherley, who is 19, made his debut. He was outstanding off the bench.”