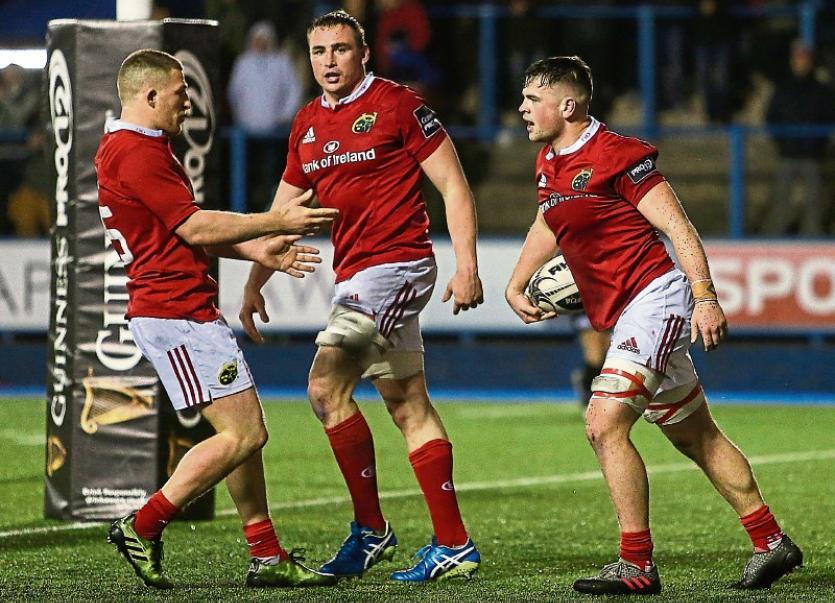 MUNSTER Director of Rugby Rassie Erasmus has said the province’s gritty Guinness Pro12 victory over Cardiff Blues at the Arms Park on Saturday would provide a ‘good building block’ for team belief.

Munster sit in third place in the Pro12 table, after securing a 23-13 victory, the side’s eight win in nine away fixtures this season in the league.

Erasmus said: “Apart from the win, this is a good building block for our belief as well. It wasn't a spectacle and maybe the weather contributed to that, but listen, to come here against a team who beat us at home, on the back of a loss last week, the confidence had taken a bit of a dent and the guys had to step up today.

“In that regard it was good, but performance wise, it definitely wasn't perfect.”

The Munster players now have a three week gap before the away date with Zebre in the Pro12 on Saturday, March 25, which is their final fixture before their glamour European Champions Cup quarter-final tie with Toulouse at Thomond Park, 5.45pm.

“We have the 'A' side playing a British and Irish Cup quarter-final next weekend. Then we have the Zebre game and some lads are playing two Test matches for Ireland in the 6 Nations.

“We need to pick the best side now because we have experminted a lot for the past four or five games. Now we have to pick the most in-form side.”