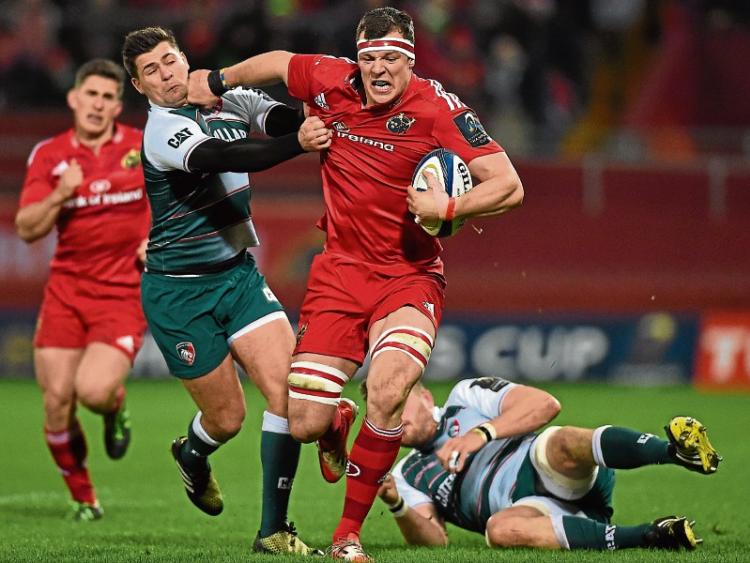 Copeland is named in the back-row after recovering from a thumb injury sustained while playing for the Munster A side in a British and Irish Cup game in January.

Copeland’s inclusion in the starting XV is one of two changes to the Munster pack, with Darren O’Shea coming in to partner Holland in the second row.

Ian Keatley partners Duncan Williams at half-back with Rory Scannell and Jaco Taute resuming their partnership in midfield, Scannell overcoming a knock to his knee, while Taute switches from fullback.

Included on the bench for the second consecutive week, should he make an appearance, the academy’s Fineen Wycherley will win his first senior cap.