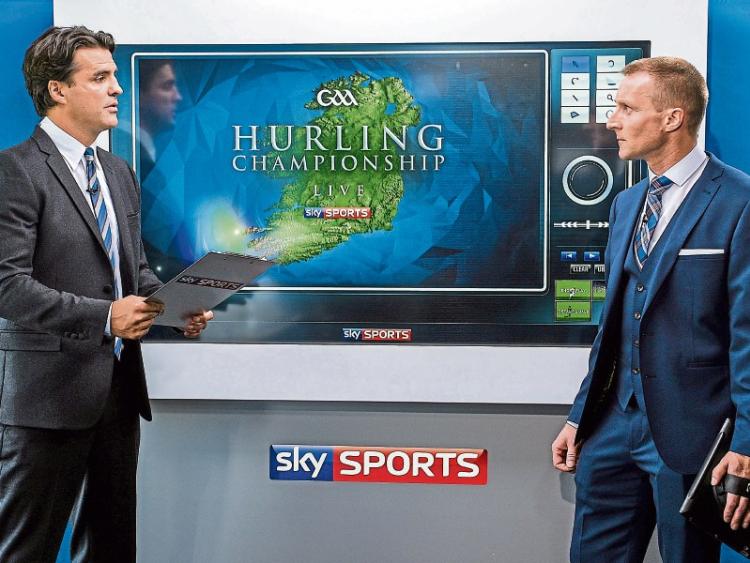 LIMERICK’S Munster SHC semi final against Clare is to be televised exclusively live on Sky Sports.

The Shannonside derby takes place on Sunday June 4 in Thurles at 4.00 and won’t now be available on free-to-air television.

The Summer’s tie will be the first time that a Munster SHC game, other than the final, will be televised on Sky Sports. The move is part of the GAA’s new five-year media rights deal.

RTE will cover all other 2017 Munster SHC games.

The hurlers of Limerick and Clare met in the All Ireland SHC Qualifiers last Summer and that Thurles tie was also on Sky Sports.

“We’ll have four of the hurling games and two of the football, the final, and Tipperary against Cork or Waterford, televised as well,” outlined Moroney of the Munster Championship television coverage.

“The first semi-final between Clare and Limerick is the one (that Sky are showing).”