Taute says no decision made on Munster future 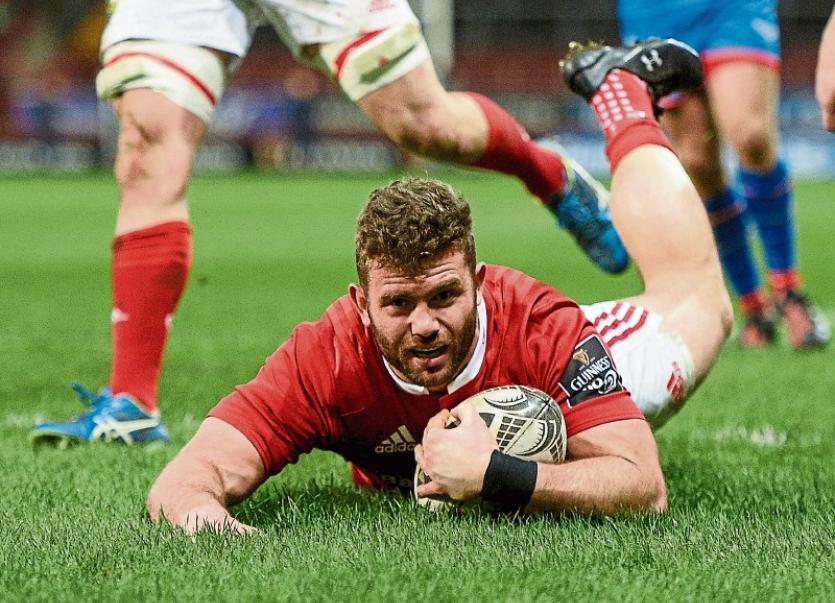 MUNSTER'S South African utility back Jaco Taute says a decision on his future with the province beyond this season is yet to be made.

Taute's loan period at Munster was extended until the end of the season in January. The 25-year-old played for the Springboks on three occasions in 2012 and made 50 Super Rugby appearances, before joining Munster last September.

Taute, who can play at full-back as well as in the centre, made 17 appearances for Munster this seasons, scoring eight tries.

Taute said: “At the moment, I am just taking it week for week still, seeing what pans out in front of me, trying to help Munster to win.

“Unfortunately we couldn't win last weekend (v Scarlets). We have learned our lesson, so I would like to just contribute even more.

“When the time comes to talk about the future stuff, I am sure we will sit with Rassie and work out what is the best not only for me but for the club as well.

"At the moment we are just focusing on this game and then we have a bit of a break and then we will regroup again."

Munster's New Zealand centre centre Francis Saili is also out of contract at the end of the season.

Munster have also announced the signing of Belfast-born centre Chris Farrell from French Top14 side Grenoble, while Kerry native JJ Hanrahan, who can play in the centre as well as out-half, will return to Munster from Northampton Saints this summer.”

Taute admitted he has been delighted with how his time at Munster has gone.

Taute said: “You are always a bit nervous when you go to a new place, meet new people, especially a new culture of peple, but yes I have been very blessed and I am a grateful man about the opportunities I have received. I have been very grateful.

“I have been working very hard on my conditioning, on settling in. It has been easy for me. I get along with everyone so well and get along with the coaches, especially the players, my team mates. The Irish aren't so bad, like they said they would be! I am just joking. No, it has been great.”