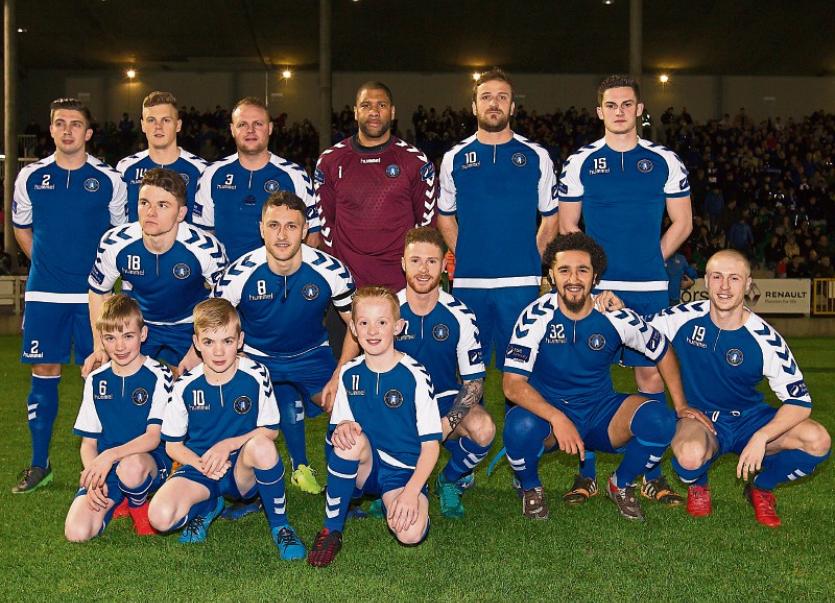 FIVE-STAR Limerick FC will look to build on an excellent opening to the SSE Airtricity League Premier Division season when facing Derry City in a top-of-the-table clash at Maginn Park, Buncrana, Friday, 7.45pm.

Martin Russell's Limerick side enjoyed the perfect return to the top flight after thumping Sligo Rovers 5-1 before a bumper attendance of almost 2,400 at the Markets Field on Friday night last.

The Blues new Brazilian striker Rodrigo Tosi bagged a hat-trick on his competitive league debut for Russell's side.

Friday's opponents Derry City opened their campaign with an impressive 4-1 away win over Bohemians at Dalymount Park.

Limerick FC manager Martin Russell said: “The crowd was very good at the Markets Field on Friday night. That is what we need.

“It is another important factor you would like to think that the win over Sligo will have - supporters will want to come back. We need them to get stronger.

“We have two tough away games to come against Derry City and Dundalk. The Derry game is going to be a good test because of where they finished last year.

“It is another side we can challenge ourselves against.

“Reports of the pitch at Maginn Park where Derry are playing the game suggest it is in decent nick. There will be no excuses.

“We will have to try and replicate or get as close as we can to the standard we had the other night against Sligo to give ourselves a good chance up there . They will be up for their first home game.”