Munster back top of Pro12 with gritty Ospreys win 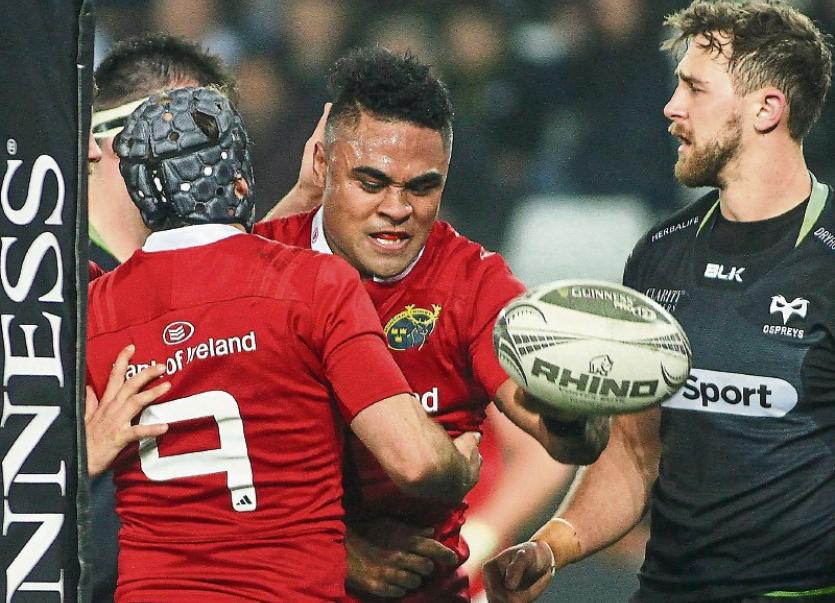 MUNSTER have a three-point lead at the top of the Guinness PRO12 table after scoring a nail-biting 25-23 victory over the Ospreys in their top-of-the-table clash at the Liberty Stadium on Saturday night.

Table toppers Munster have now won their last 9 fixtures in the Pro12 this season, since their October loss to Leinster at the Aviva Stadium.

A 77th minute try from Dave Kilcoyone, his fifth of the campaign, and Tyler Bleyendaal’s conversion, helped Rassie Erasmus’ charges collect four precious points in their battle to secure a top four position and home advantage in the play-offs.

Munster had trailed by 14 points, 3-17, at one stage in the opening half. However, Bleyendaal bagged three points back for the visitors, while Jack O’Donoghue crashed over four minutes before the interval to pull Munster back to within one score.

And a second Munster try from Francis Saili, and Bleyendaal’s conversion, left the Ospreys leading by just two points, 20-18, at half-time.

The result sees Munster move three points clear on 59, with Leinster on 56 and Ospreys in third on 55. Scarlets occupy fourth place with 49, having swept aside Zebre 49-7 on Friday.