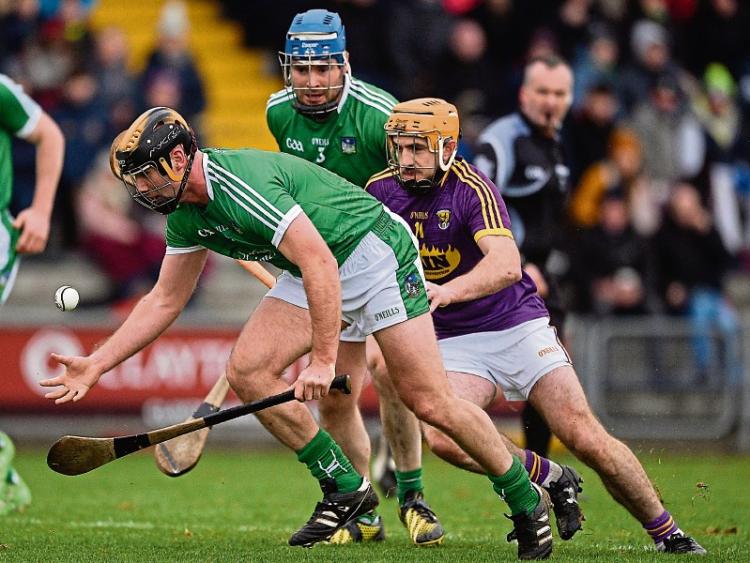 LIMERICK manager John Kiely has urged his players to “rise above” the frustration of the Wexford defeat for Sunday’s round two tie against Kerry in the Allianz Hurling League.

“We have just got to get back up on it again and go at it again next week,” said Kiely ahead of the Kerry visit to the Gaelic Grounds.

“We have to go away and do our business and that means we go and play Kerry and try and beat Kerry next weekend,” he stressed.

“We will rise them up again and go again and try rise above it,” said Kiely, referencing frustration with referee Diarmuid Kirwan in the 1-14 to 0-14 loss in Wexford.

Promotion is now out of Limerick’s hands from Division 1B but Kiely continues to insist on a game by game strategy.

”I think there might be one or two twists on the tail of this story because it is a very competitive division now. It’s not like a couple of years ago. Wexford are going to Galway next weekend and lets see what happens there.”

”There were just a few little things that went awry – I am very happy with the way we played overall to be honest from our performance,” said Kiely.

This week, Kiely and his Limerick management face an anxious wait as 13 members of the inter-county panel were involved in Fitzgibbon Cup quarter finals.

While the new Limerick manager was left frustrated in Wexford, he was proud of his players.

“The lads were fantastic and they broke their backsides - they did everything that we asked them to do in conditions that were very very rough - they were rough for both sides, but Wexford got a bit of momentum in the last 10-15-minutes and it was very very hard for us,” he recalled.

“There is a lot of positives to be taken from it - absolutely huge positives. We were so secure at the back for 95% of the game, they got a couple of breaks here and there which you are always going to get but I was so so pleased with the way the lads knuckled into everything,” he said.

”I am very happy with the way we played overall to be honest from our performance. Maybe we lost a little bit of composure there in the last 10-minutes but it was difficult against the breeze and given the conditions and the nature of how the game was panning out, there is a bit of frustration there.”

After Sunday’s (2.00) game against Kerry, Limerick will have a free weekend until Offaly come to the Gaelic Grounds on Saturday March 4 at 5.00.