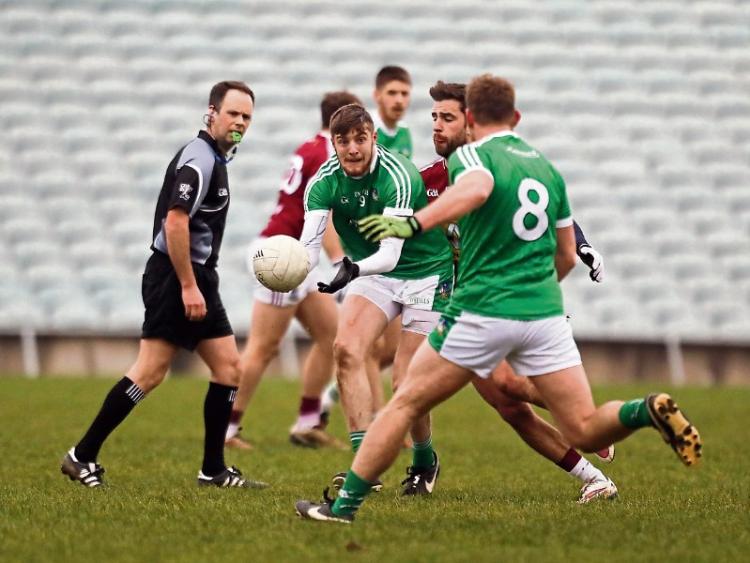 AFTER a promising if fruitless display in their first outing in Wexford a week ago, Limerick’s footballers left themselves with a mountain to climb in their quest to return to the National League Division 3 when they crashed to Westmeath on a 1-18 to 0-12 scoreline in the Gaelic Grounds on Sunday afternoon.

Hit by an early penalty, they had it all to do in this Allianz Football League Division 4 fixture at the quarter hour and, while Limerick pulled themselves back into contention both before and after the break, they never really threatened to derail a Westmeath side smarting after a shock home point dropped against Carlow.

Limerick trailed 1-8 to 0-6 at half-time against the Midlanders.