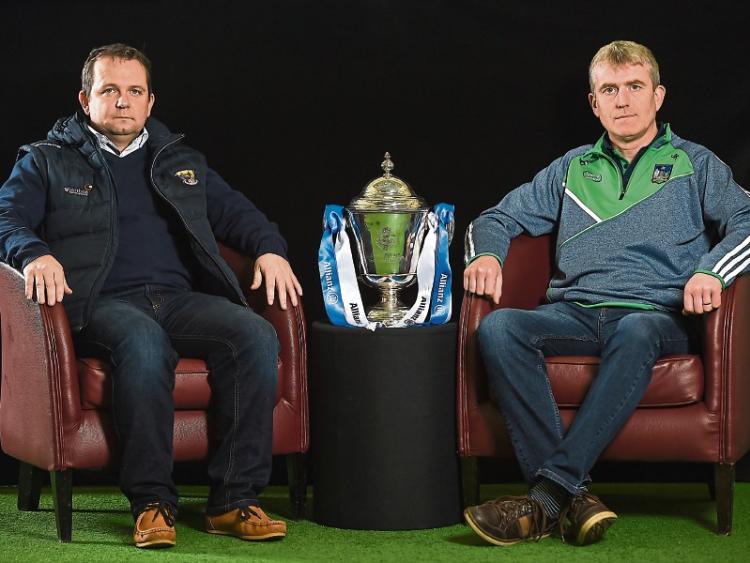 IT’S down to the serious business for the Limerick hurlers this Sunday with the start of the Allianz League.

New manager John Kiely and his side are Wexford bound to face a side also under a new manager – Davy Fitzgerald.

Ahead of the trip to Wexford, the bookies have Limerick as 6/4 seconds favourites to win promotion. Galway are the hot 4/5 favourites to make and instant return to the top flight.

For Sunday, Limerick are the 4/7 favourites to make a winning start with Wexford listed at 13/8.

Limerick have a 36 man panel at present – 10 have never played in the league.

This week Kiely was in Croke Park for the launch of the Allianz Hurling League.

“We are going to take it game by game in the Allianz League – we are only three months in the job and we are still putting systems in place because this is a long term job”, outlined Kiely.

He added: “For now we are not looking further than Sunday.”

”It’s been great so far. We have a very enthusiastic group and they are all hard working,” said the Limerick manager of his players.

”We are going to be positive and hope that the players enjoy it. We are still learning about the group and about ourselves,” said Kiely.

For the seventh successive season the Limerick will play in the second tier – Division 1B. They face opposition from Galway, Wexford, Offaly, Laois and Kerry.

In the promotion race, the two big ties are in the opening (Wexford) and final round (Galway).

Today is the first of only two away days for Limerick, with a trip to Portlaoise in round four on Saturday March 11 to play Laois, who have former Limerick captain Ollie Moran as their coach.

A potentially promotion deciding contest with Galway takes place in the Gaelic Grounds on Sunday March 26 – there are also home ties against Offaly and Kerry prior to this.