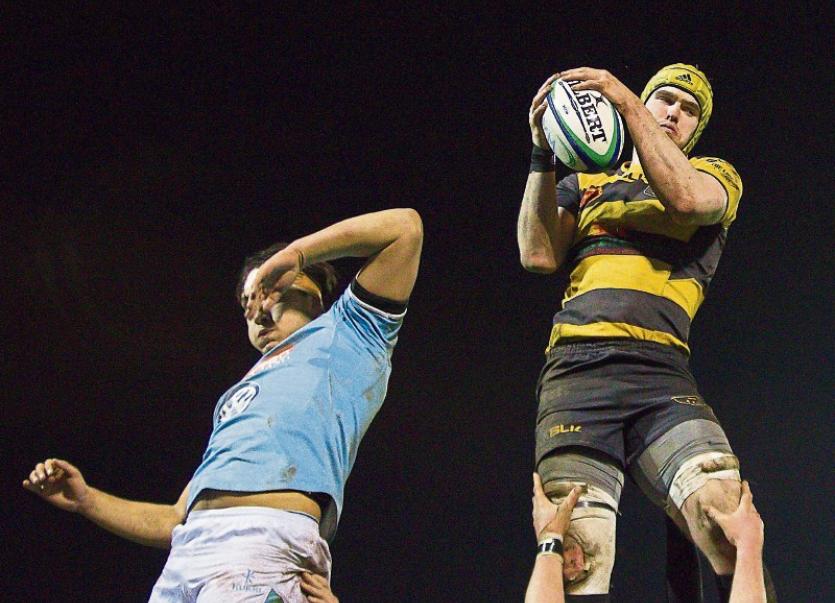 SECOND-PLACED Young Munster are within a single point of table toppers Lansdowne in Division 1A of the Ulster Bank League after scoring an impressive 32-13 bonus point victory over Garryowen at Dooradoyle on Friday night.

A strong second half performance, which yielded three tries, helped Munsters’ overcome a three-point half time deficit, 10-13, and run out convincing winners.

The win helped Munsters’ avenge their narrow defeat to city rivals Garryowen at Greenfields in December.

Munsters’ made the ideal start before a large attendance at Dooradoyle racing into an early 10-0 lead, thanks to a 20th minute penalty try awarded to a dominant visiting scrum, and a conversion and penalty goal from the boot of out-half Alan Tynan.

Sixth-placed Garryowen hit back strongly, however, racking up 13 unanswered points to lead by three points at the break. Highly influential scrum-half Neil Cronin accounted for all of those points, including an opportunity 24th minute try when he dived over from close range.

However, the ‘Light Blues’ failed to add to their tally in the second half as Munsters’ racked up 22 points.

After starting 2017 with successive defeats, Garryowen now sit five points off the play-off places in Division 1A.