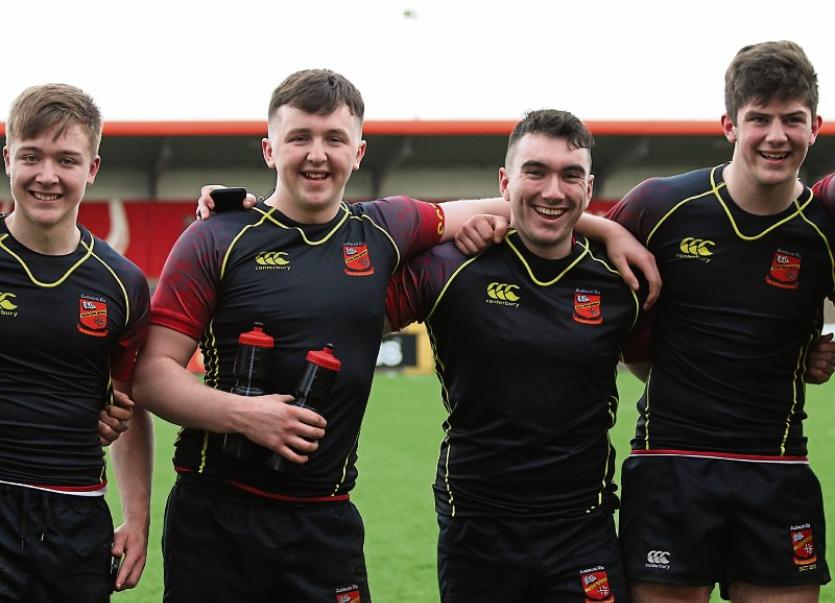 IT is going to be a Limerick v Cork Clayton Hotel Munster Schools Senior Cup final on St Patrick’s Day after the semi-final draw was made this Thursday.

Ardscoil Ris, who stunned favourites CBC, of Cork, 9-7 in their quarter-final at Musgrave Park on Wednesday, will face fellow Limerick side Glenstal Abbey in one semi-final on the week commencing Monday, February 27.

Glenstal Abbey thumped Rockwell College 18-0 in their semi-final at Clanwilliam FC also on Wednesday to reach a second semi-final in three years.

The other semi-final in this season’s Munster Schools Senior Cup will see pre-competition favourites PBC lock horns with another Cork side, Bandon Grammar School.

Bandon Grammar School secured their place in the semi-finals for the first time, thanks to a hard-earned 17-13 victory over St Munchin’s College at Bandon RFC this Thursday.

The West Cork students, who were knocking St Munchin’s out of the Cup for the second successive year, laid the foundation for this win in the opening half after which they led 17-3.