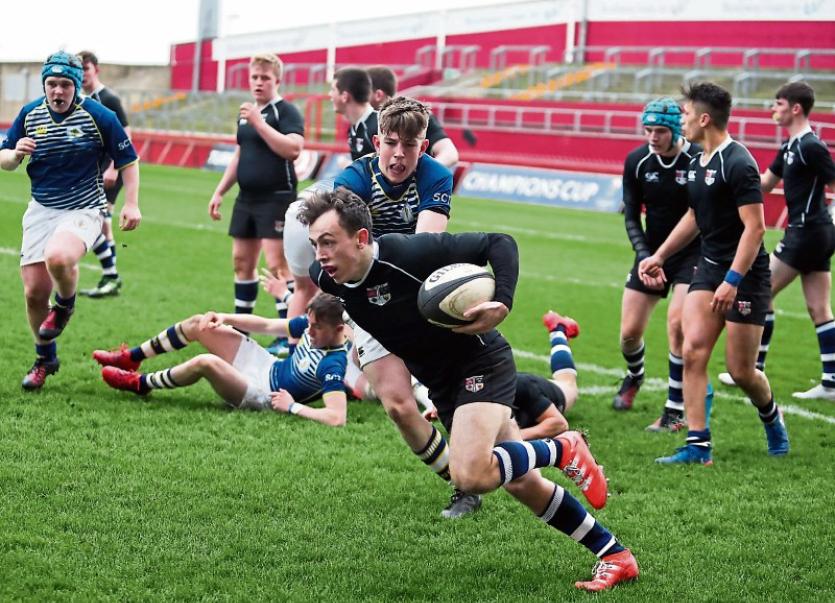 Last year’s beaten finalists Crescent College Comprehensive face a trip to Cork to take on PBC at Lansdowne, 2pm. At the same time, at Musgrave Park, Ardscoil Ris will take on holders CBC at Musgrave Park.

In the third quarter-final to go ahead on Wednesday next, Glenstal Abbey face a trip to Tipperary Town to face Rockwell College at Clanwilliam FC, 2.30pm.

The quarter-finals of the Senior Cup will be completed on tomorrow, Thursday, February 2, when St Munchin’s College face Bandon Grammar School at Bandon RFC, 2.30pm.

Having lost their opening round fixture to CBC, Crescent College bounced back to winning ways with a play-off win over local rivals St Clement's College at Thomond Park on Wednesday last.

Crescent College have been the most consistent of the Limerick sides in the Senior Cup in recent times, winning the title in both 2013 and 2014, while the Dooradoyle school are also the reigning Junior Cup holders.

Eleven members of the Crescent squad were involved in 2016 when the Dooradoyle side lost out to CBC in a nail-biting final at Musgrave Park.

Ardscoil Ris, who got a bye into the quarter-finals, having lost their opening fixture to PBC, boast a healthy number of players who have representative experience, including Evan Cusack and Odhran Ring who have played at Munster U-19 level and the likes of Daragh O'Grady, captain Craig Casey, who has also been involved with the Ireland U-18 Schools squad, James McCarthy and Luke Clohessy who have represented the Munster U-18s.

Glenstal Abbey, who face Rockwell College, secured their place in the last eight with an exciting opening round win over St Clement's.