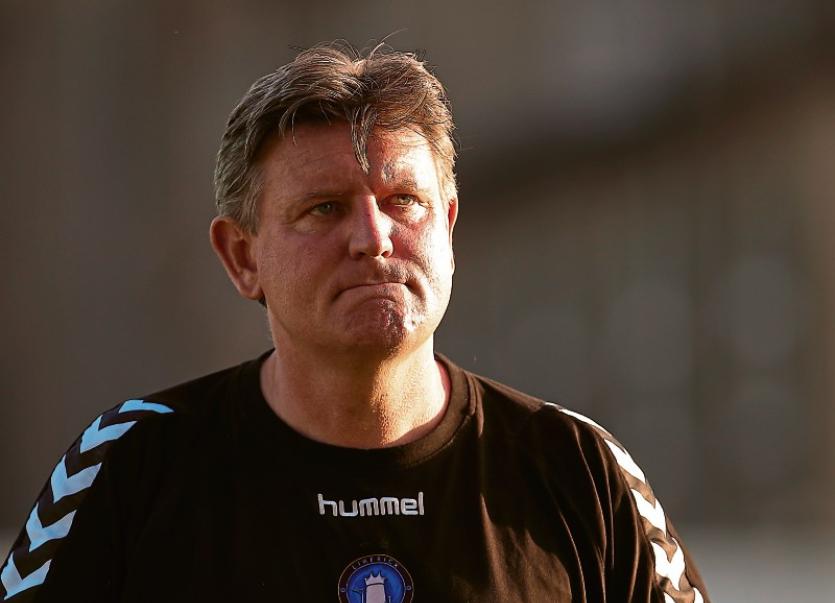 LIMERICK FC made a winning start to the 2017 season with Saturday’s 2-0 defeat of holders Cobh Ramblers in the Munster Senior Cup.

Winners in 2015 Limerick FC will face into another away game in the semi final with a trip to Wilton United or Waterford FC awaiting. That quarter final won’t be played until February 5 in Cork.

The other semi final in the Munster Senior Cup is between Cork City and Blarney.

In this quarter final win in St Colmans Park, Limerick FC manager Martin Russell handed a Super Blues debut to new central defender Dave O’Connor, who has joined from Shamrock Rovers. There were also returns to the starting line-up for Ian Turner (from Cork City) and Dean Clarke (from Shamrock Rovers).

Saturday afternoon’s game was 0-0 at half time with second half goals from Ogbene and Kenny.

The honour of the first goal of the new season fell to exciting new arrival Chiedozie Ogbene. In the 59th minute the former Cork City man found himself free at the back post and neatly finished from 10 yards. Limerick ensured the win in stoppage time when Stephen Kenny scored.