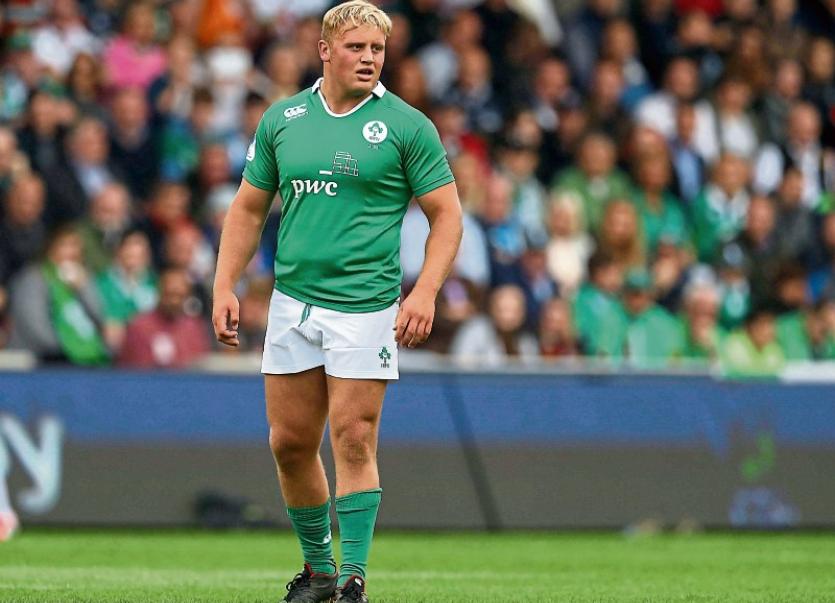 LIMERICK prop Ben Betts made his debut for Leicester Tigers in their glamour clash with Northampton Saints this Saturday.

Betts was sprung from the bench in the second half of the Tigers’ Anglo-Welsh Cup fixture against Northampton Saints at Welford Road.

The exciting prop, who joined the Tigers last summer, replaced Fraser Balmain in the Leicester front row during the final quarter of the game which ended in a 27-20 victory for the Tigers.

Betts was 24th man for Leicester’s visit to Thomond Park for the Champions Cup clash with Munster last month.

Saturday’s Anglo-Welsh Cup fixture was watched by an almost 25,000 sell-out crowd. The fixture attracted the biggest crowd in the history of the Anglo-Welsh Cup outside of the knockout stages.

Twenty one-year-old Betts from Ballyhahill in West Limerick started his career with Estuary RFC at the age of eight before moving to Young Munster where he spent eight seasons. He was starting tighthead prop for the Ireland U-20s side in their march to the Junior World Championship final last summer.

He played for Munster at youth, under-19 and under-20 levels and gained two caps for Ireland Under-19s before progressing to the under-20s.

Betts was in the Munster sub-academy last season but wasn't offered a place in the academy this season which opened the door for the English giants to table an offer.