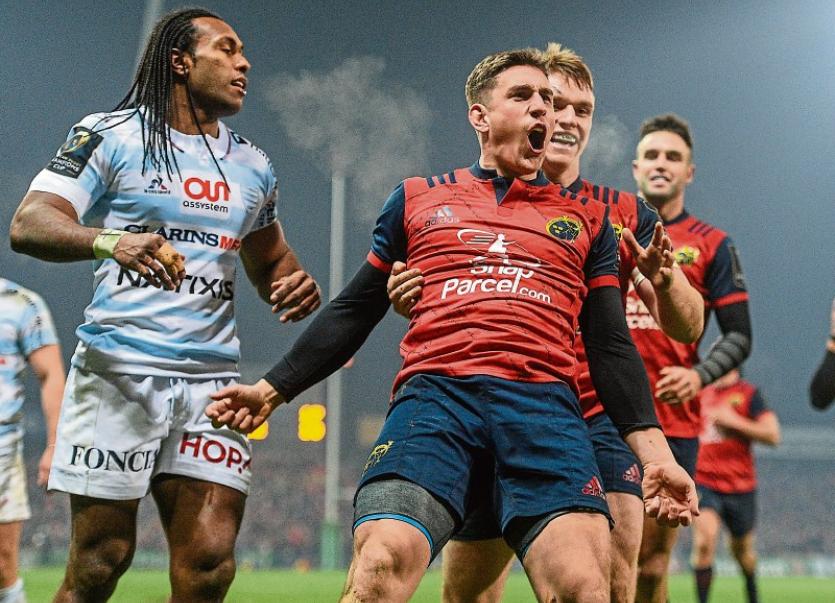 MUNSTER Rugby has confirmed that its quarter-final ticket allocation for the glamour Champions Cup clash with Toulouse at Thomond Park at the start of April will be distributed through the Munster rugby clubs, the Munster Rugby Supporters Club and 10 Year Ticket Holders.

Should any match tickets remain after these allocations have been processed, they will be released to other long term ticket holders and season ticket holders.

Quarter-final opponents Toulouse are entitled to 25% of each ticket category in Thomond Park for the European showdown.

The exact date and kick-off time for the quarter-final will be confirmed by the competition organisers later this week.

Should Munster overcome Toulouse in a repeat of their 2014 quarter-final which the Irish province won, then they will face either Saracens or Glasgow in the semi-final on the weekend of April 21-23.

If Saracens (ranked No 3) and Munster Rugby (ranked No 2) win their quarter-finals, Munster will have home country advantage for that semi-final.

However, if Glasgow Warriors (ranked No 6) and Munster Rugby (ranked No 2) win their quarter-finals, Glasgow will have home country advantage in that instance.

Quarter-finals to be played on weekend of March 3,  April 1-2: