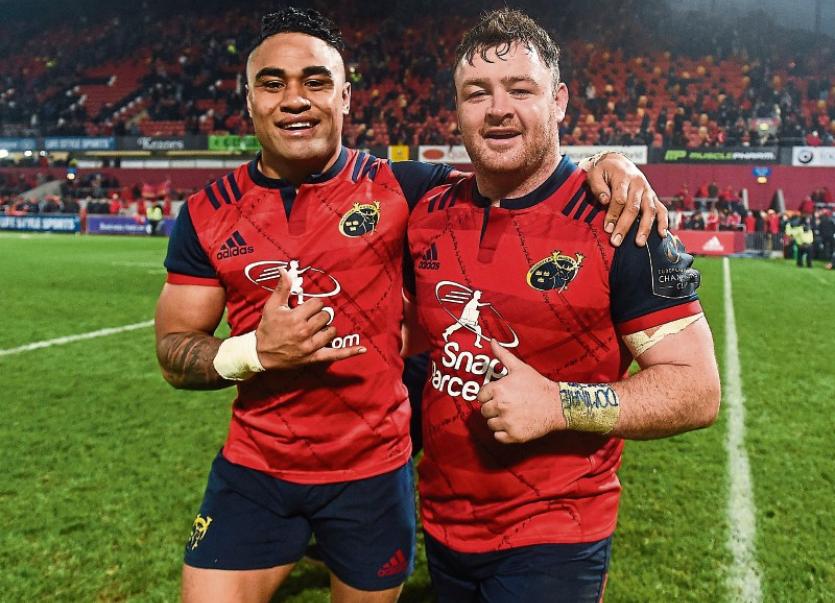 MUNSTER secured a home quarter-final in this season’s Champions Cup, thanks to a hard fought 22-10 victory over Racing 92 before a sell-out attendance of 26,000 at Thomond Park on Saturday night.

This is the first time in three seasons, that Munster who have qualified as second seeds, have made it through to the last eight of Europe’s premier club rugby competition.

Munster, who led 7-3, at the end of a fiercely competitive opening half scored three tries in all.

Simon Zebo bagged the opening try on 36 minutes, while Ronan O’Mahony and Ian Keatley also touched down for Rassie Erasmus’ side in the second period.

Racing produced a much-improved performance on their display in Paris earlier this month, hanging in to the contest with a Henry Chavancy try