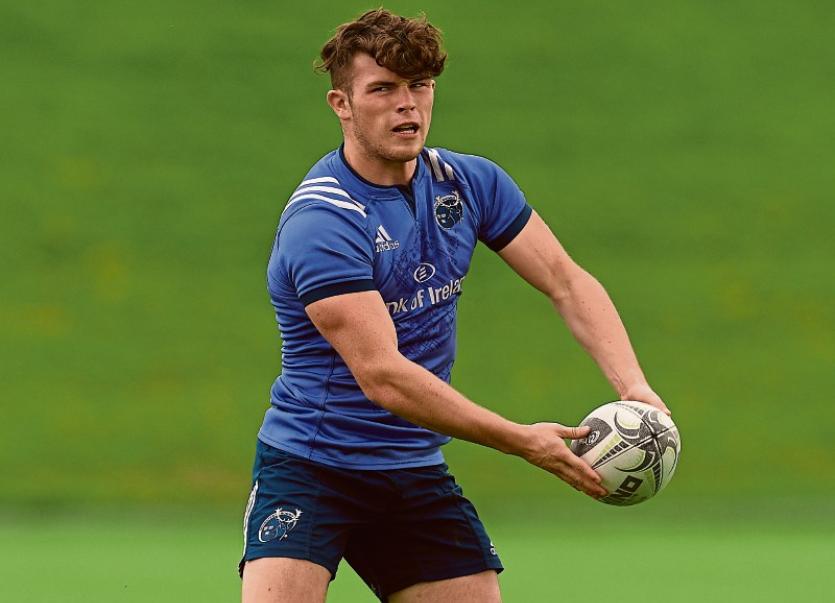 THE meteoric rise of young Limerick rugby player Calvin Nash continued this week as the Young Munster clubman was nominated as one of three additional players for Munster's Champions Cup squad ahead of this weekend's final round pool game against Racing 92.

Nash comes in for Cian Bohane. A member of the Munster Academy, former Crescent College Comprehensive star Nash has made four starts for the Munster 'A' side and was a member of the Ireland U-20 training squad in December.

Nash will be hoping to feature for the Ireland U-20s in the upcoming 6 Nations Championship.

Nash, who turned 20 in August, is in his first year with the Munster Academy.

Nash was a member of the Munster U18 Schools side that had Interprovincial success in 2014/15.

Meanwhile, Angus Lloyd, and Kevin O'Byrne have also been nominated as Additional Players for Munster's Champions Cup squad ahead of this weekend's final round of Pool action against French champions Racing 92 at a 'sold out' Thomond Park.

As per tournament rules each club may select three additional players during the course of the pool stages, one of whom must be a front row player.

The nominated additional player will replace a registered member of the club's squad (maximum 41 players).

Joining from Ulster on a loan basis in November, scrum half Lloyd comes in for Cathal Sheridan who has completed his short term contract with the province.

O'Byrne takes the place of the injured Mike Sherry after recently featuring for the Munster A's in their back-to-back British and Irish Cup wins over Doncaster Knights.