Glenstal and Clement's record win each in Munster Schools Cups 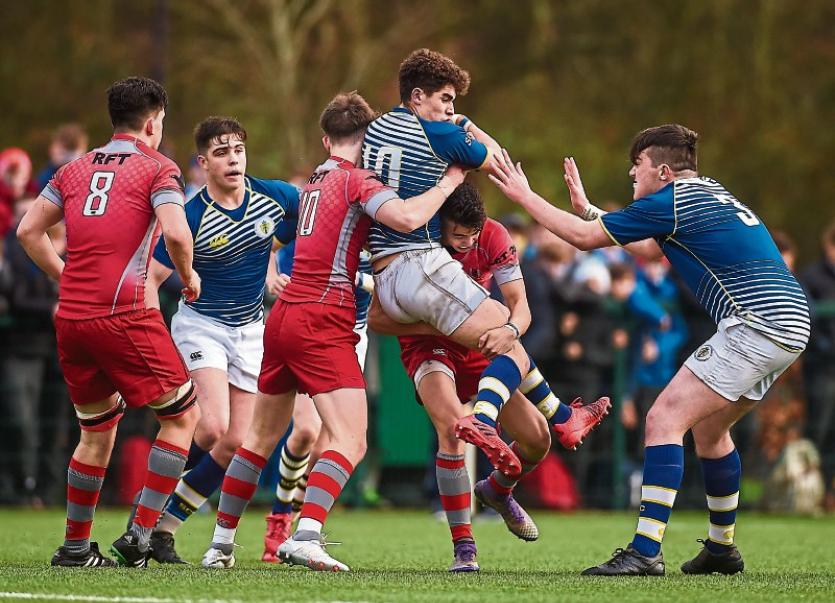 CLINICAL Glenstal Abbey powered their way into the quarter-finals of this season’s Clayton Hotels Munster Schools Senior Cup, while St Clement’s College advanced in the Junior Cup following first round action at UL this Tuesday.

However, earlier in the day, St Clement’s shocked Glenstal Abbey in the Junior Cup, recording a deserved 22-14 success.

Both the St Clement’s College senior side and Glenstal Abbey Junior Cup team will get a second opportunity to advance to their respective quarter-finals next week, however.

Glenstal outscored their spirited opponents by four tries to one to score a deserved success in an exciting game. Despite this defeat, St Clement's can avail of a second opportunity to make the last eight of the competition, however.

Glenstal Abbey laid the foundation for their Senior Cup win in the opening half after which they enjoyed a sizeable 17-3 lead.

The Murroe side raced into an early 12-0 advantage with tries from Ronan Quinn, in the fifth minute, and another touchdown from Ronan O'Sullivan. A third Glenstal try from full-back Jack O'Mahony cemented their grip on the game.

Whatever slim hopes Clement's may have had of staging a comeback ended in the second half when Luke Fitzgerald scored an intercept try from halfway, which Aran Egan converted.

In the Junior Cup tie at the same venue, St Clement’s enjoyed a 13-7 interval lead.