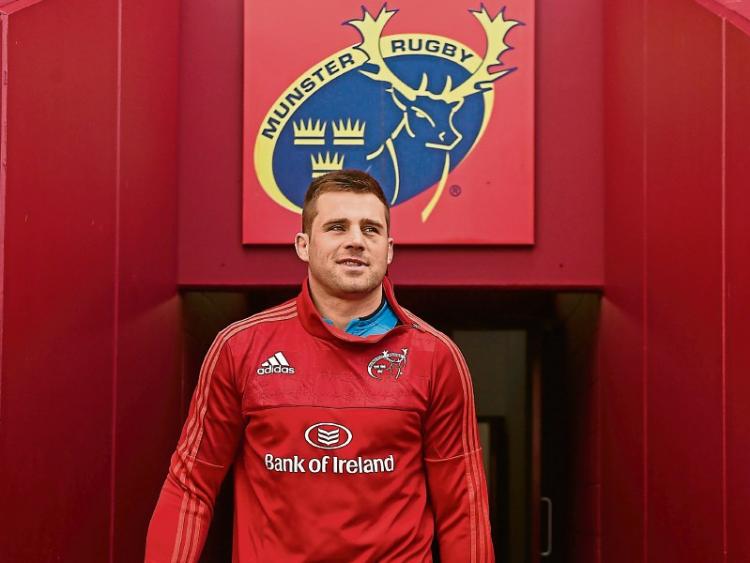 MUNSTER'S inspirational number eight CJ Stander said qualifying for the knock-out stages of the Champions Cup for the first time in three years would provide a massive boost to the squad.

Pool 1 leaders Munster will guarantee their place in the quarter-finals of this season's Champions Cup with a victory over Pro12 rivals Glasgow Warriors at Scotstoun this Saturday, 5.30pm.

Munster have failed to make it through to the last eight stage of Europe's premier club rugby competition for the past two seasons.

Stander, who was Man of the Match in Munster's impressive victory over French champions Racing 92 in Paris on Saturday, said: “We still have to go out there and win this game.It's more in the coach's mind than us, but it'd be a huge boost for us.

“The last two years not getting there, when you had it every year, you can get complacent, but when you don't get there for two years it's like taking a dessert away from me having dinner, you're going to struggle with it. You look forward to it, and you don't get it, it'd be a boost.

“We've played them (Glasgow Warriors) a few times already this season and they're a big threat all the time.

“They've great individual players and they're a great team. Their forwards step up, their lineout and mauling is very impressive and then they'll get the ball out and someone will have some individual brilliance and you're back on your line again.

“So, for sure they're going to test us this weekend. Especially on the astro-turf, it's going to be a quick game, with quick ball, the bounce of the ball is going to be quick.

“Everyone is going to be tested, but for us it's massive game for us in Europe but it's on the line for them as well. These are the games you want to be fit for, to play, because these are the special ones.”

Asked where he stores his countless Man of the Match awards, Stander laughed: “Good question. I have a system. I move the new ones in, the old ones go away to the garage for when I have room for them at some stage.

“Normally, (his wife) Jean-Marie likes to fill them with flowers so I've started a system where I need to buy four bunches of flowers because there is four on the table at all times.

“Four bunches of flowers every week, it's costing me at this stage!”

Asked is he had a favourite Man of the Match accolade, the affable South African native replied: “I spoke about it this weekend with the boys (in Paris), because they always joke about it when I walk in with the vase.

“But the first one I got for a European game was the quarter-final win against Toulouse, off the bench, that's very special. It's still on the table and always will be there.

“My first European start against Sale Sharks, that's also a special one and this weekend's one (from the Racing 92 game) will always be special.”

Stander said he did not think the Munster players would ever apply closure to Anthony Foley's sudden passing in Paris last October.

"It's difficult, I don't think we'll ever get closure, when you do stuff his voice was always there, so, probably you want to get closure, but you just go back to planning for the game and remember this is something Axel (Anthony Foley) brought into training.

“He'll always be in the back of your mind, so I think he gave us a way to play the last years and it'll always be with us.

“Just use that emotional connection with him, with our work rate, and our confidence. It's always going to be there, he's one of your friends, your mentors, your coaches, he's always in the back of your mind."