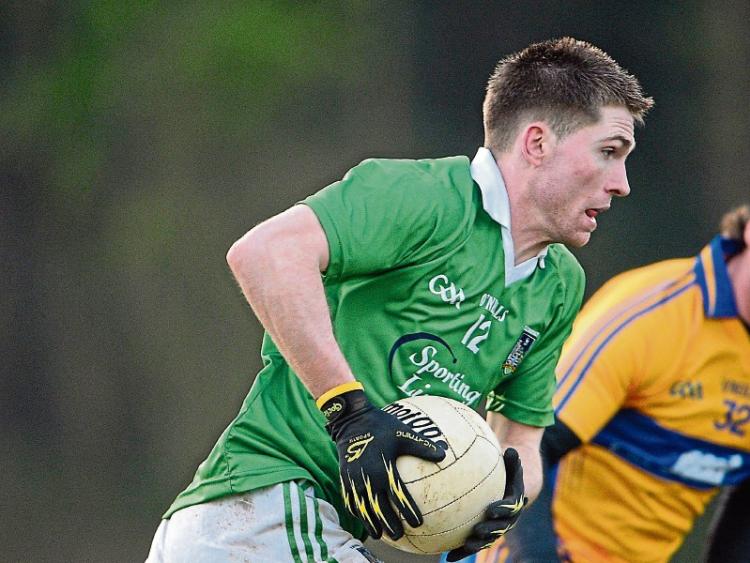 THE Limerick senior footballers opened 2017 with a win this Wednesday evening – defeating Clare in the McGrath Cup 2-13 to 2-9.

The first game for new manager Billy Lee was played under the floodlights of St Patricks GAA grounds in Rhebogue and saw Limerick produce a strong second half to secure a merited win.

Limerick now travel to Lemybrien on Sunday (2.00) to play Waterford in the knowledge that a win or draw will secure a McGrath Cup final spot against Cork or Kerry.

Clare, who beat Waterford last Sunday, had the better of the early minutes and were 0-3 to 0-2 ahead on 15-minutes.

Seamus O’Carroll (‘45) and Danny Neville had the early Limerick scores.

An 18th minute goal from Darragh Treacy had Limerick 1-2 to 0-3 ahead. The goal came directly after Donal O’Sullivan had denied Gearoid O’Brien a Clare goal.

Neville and Daniel Daly had further Limerick points by half time for an interval lead of 1-5 to 0-7.

In the second half, Clare, who will play in Division Two of the Allianz League, went 21-minutes without a score.

Seamus O’Carroll gave Limerick the perfect start to the half with a goal after five minutes.

McSweeney from a free and O’Carroll from play added points and Limerick were 2-7 to 0-7 ahead with 15-minutes to play.

Eoin Cleary finally had Clare off the mark and then a superb Cian O’Dea goal reduced the lead to two points with 12-minutes to play.

O’Carroll and McSweeney kicked frees to move Limerick 2-9 1-8 ahead.