Munster fret on O'Donnell ahead of Glasgow clash 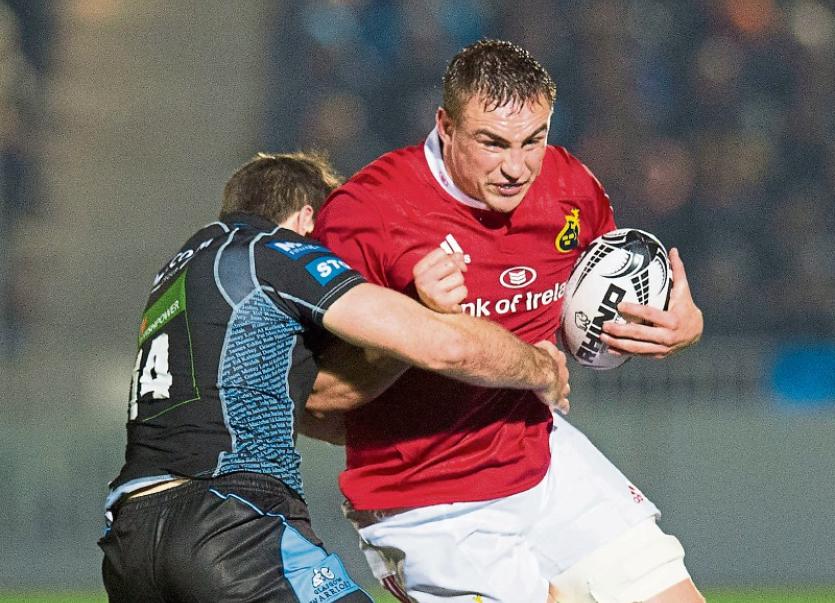 O'Donnell injured his right ankle during Munster's impressive bonus point win over Racing 92 in Paris last weekend. Munster Director of Rugby Rassie Erasmus said this latest ankle injury is more serious than the one O'Donnell recovered from in time to start last Saturday's rescheduled fixture with Racing 92. Victory in Saturday's clash with Pro12 rivals Glasgow would guarantee Munster's qualification for the quarter-final stages of the Champions Cup for the first time in three seasons.

Erasmus said: “Tommy is still the biggest (injury) concern. It is not the same ankle he injured against Connacht. We will give him until Wednesday.

“Last week he made it but this week I think it is a little more serious. We only arrived home on Sunday, so let’s hope he’s not too serious. I don’t think it’s a long-term thing, but I am sure in this turnaround from now until Saturday he won’t make it.”

Erasmus confirmed that Munster have had contact with two Irish-qualified French-based players about a possible move to the province next season.

Grenoble centre Chris Farrell and Racing 92 scrum-half James Hart have been strongly linked with a move to Munster in the summer.

Erasmus said: “We are talking to a few Irish-qualified guys. Those two (Chris Farrell and James Hart) we did talk to and we are busy with some of them. And even another two guys. But sometimes for a player on that side, just by speculating before anything is done and dusted and definite, sometimes it can ruin a guy’s opportunities there.

“Definitely not finalised (any deal)and the moment we get done, or if gets done we will make an announcement on Chris and on James.”

Erasmus said he expected Saturday's Round 5 Champions Cup game away to Glasgow to be a grind, especially given the unfavourable weather forecast.

“It's a massive one. Obviously, last week put us in a position to try and get it this weekend. Gregor (Townsend) and his team would see it the same, so we're playing away from home.