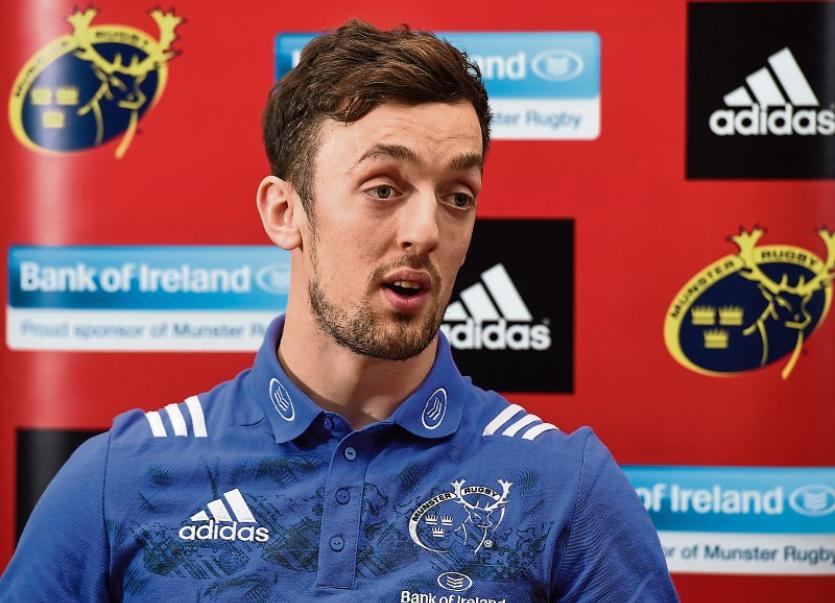 Sweetnam sustained the injury in an off-the-ball tackle from Leinster full-back Zane Kirchner in the lead up to Ronan O’Mahony scoring Munster’s second try.

Sweetnam was replaced at half-time by Andrew Conway.

Munster Director of Rugby, Rassie Erasmus said afterwards: “It doesn’t look too serious, so hopefully it isn’t. It was in that tackle.”

Referee Nigel Owens reviewed the incident with his TMO at the time, but did not deem Kirchner’s actions worthy of a yellow card.

“I’m just unhappy that he got injured when he didn’t carry the ball or tackle or have the ball.

“That I’m unhappy about, but hopefully he’s not too bad.”

Sweetnam’s injury is being assessed, but the winger is rated a doubt for Munster’s second Guinness PRO12 interprovincial fixture of the Festive period, away to Connacht at the Sportsground on New Year’s Eve, 5.30pm.

The game will be live on TG4.