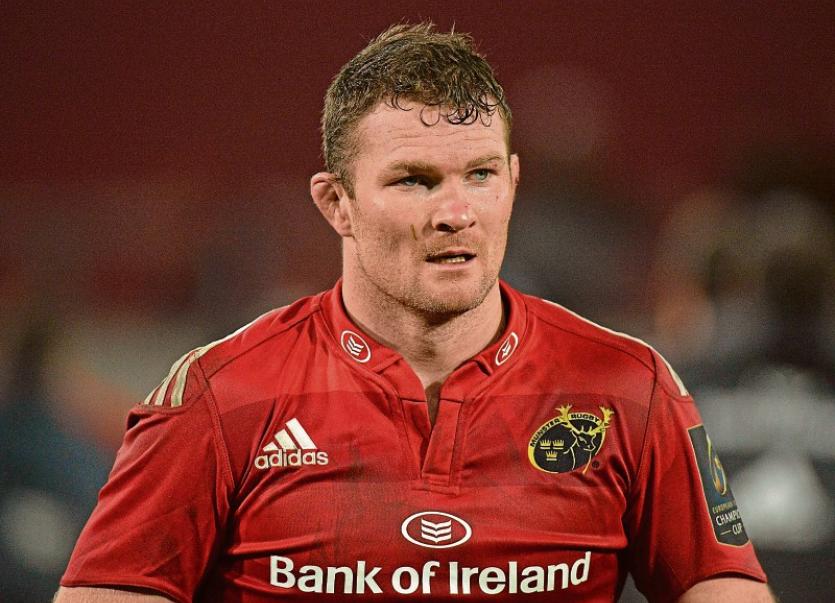 Thirty three-year-old Ryan will go for a swim in the lake on Christmas Day ahead of the sold-out, top-of-the-table Guinness Pro12 clash with Leinster on St Stephen’s Day, 5.30pm.

Ryan explained: “I’ve never had a Christmas so I wouldn’t know otherwise to be honest. We’ve had a game Stephen’s Day or just after. We’ll just get on with it.

“We’ll still have the traditions of Christmas Day. We’ll go to Mass, have dinner, go for a swim in Lough Deg, it’s great. Look, we’ll still get on with it.

“I live in Nenagh now. The swim is just a thing we do in the local town, so it’s great. Sometimes there is good hot port there.

“We get changed in the back of a van, so it’s very posh! There is a good few doing the swim, there is a lot more lads there than you’d think.

“It’s a great atmosphere, everyone is all excited and everything like that. I’m looking forward to it, so to will be good fun.

“That’s what it’s all about, meeting people you haven’t seen in a long time. A small town like Nenagh, people come back once a year and it basically you haven’t seen them, maybe they live in Australia or whatever and you mightn’t have seen them in five or ten years, and they’re a lot older and a lot bigger.

“My sisters live in London, but they come home for Christmas so it will be enjoyable to catch up with them.”

Ryan says he can indulge in some turkey for Christmas dinner, but some of the other traditional foodstuffs are strictly off limits.

“Turkey is very good for you, part of a healthy diet. Definitely we’ll have a few of them. Trying to stay away from the chocolate is big part from my end.

“We will give the wine a miss too, stick to the Ribena.”