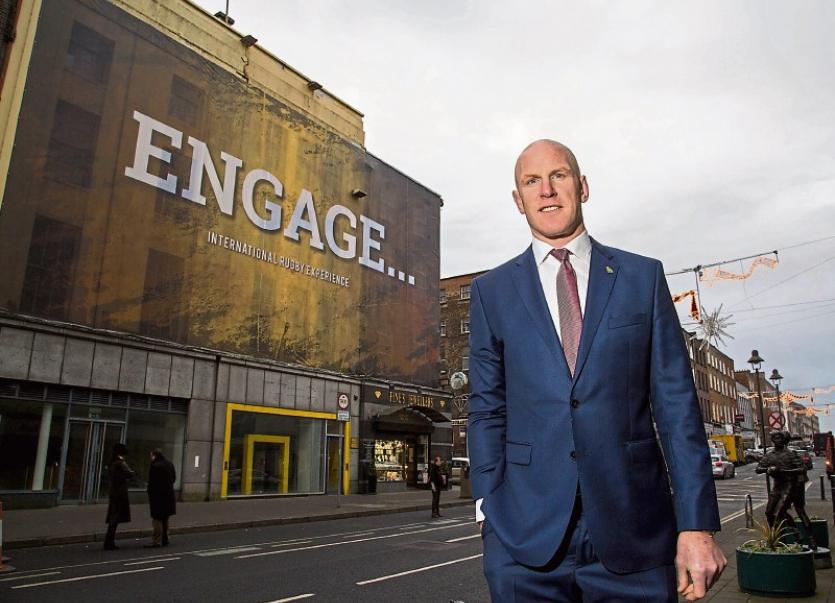 FORMER Munster, Ireland and Lions rugby captain Paul O'Connell says the development of a digital interactive visitor centre dedicated to rugby worldwide in Limerick will provide a significant boost for the city centre.

The high-tech 30,000 square foot exhibition space due to open in September 2019 will represent an initial investment of €10 million by Limerick businessman JP McManus.

The international rugby experience will have an advisory board headed by former Munster, Ireland and Lions Captain Paul O’Connell and will include leading figures from the world of sport, business and tourism.

Located at 40-42 O’Connell Street and No 1 Cecil Street, Limerick, the ‘rugby experience’ is set to be an international tourist attraction with dramatic 4D interactive galleries and exhibits celebrating iconic moments from the world of rugby.

Paul O'Connell said: “JP McManus suggested the idea of a rugby museum to me about two years. It wasn't something I could focus on then because I was playing. Since I have retired from playing we have spoken about it a bit more. It has evolved now from a museum to a interactive digital experience.

“We have secured a location for it now which is great.

“Rugby plays such a big role in Limerick, obviously, it is fitting that it will be located here. It will be great for the city to have a well done, top class visitor attraction in the middle of the city centre which will attract people and tourists. It will help the city a lot.”

The planning process is set to commence in the coming months with works anticipated to advance on site in early 2018 and could generate up to 100 city centre jobs locally during the construction phase with permanent positions created after completion.

JP McManus added, "We are very excited about this initiative for Limerick which will be the first of its kind in Ireland. Hopefully it will encourage more private investment to the city centre renewal programme and will further enhance exchequer returns as well as creating spin off jobs as a result. We are also delighted that the location of the centre is in the heart of Georgian Limerick which has many historic values.

The sport of rugby is at the core of Limerick, its people and visitors, and we are absolutely delighted it will be celebrated and treasured here.”

Meanwhile, O'Connell was highly impressed with Munster's display in securing a bonus point Champions Cup win over Leicester at Thomond Park on Saturday.

The sides renew rivalry at Welford Road this Saturday in the return game, 3.15pm.