Foley captains Munster 'A' as Cronin starts in front row 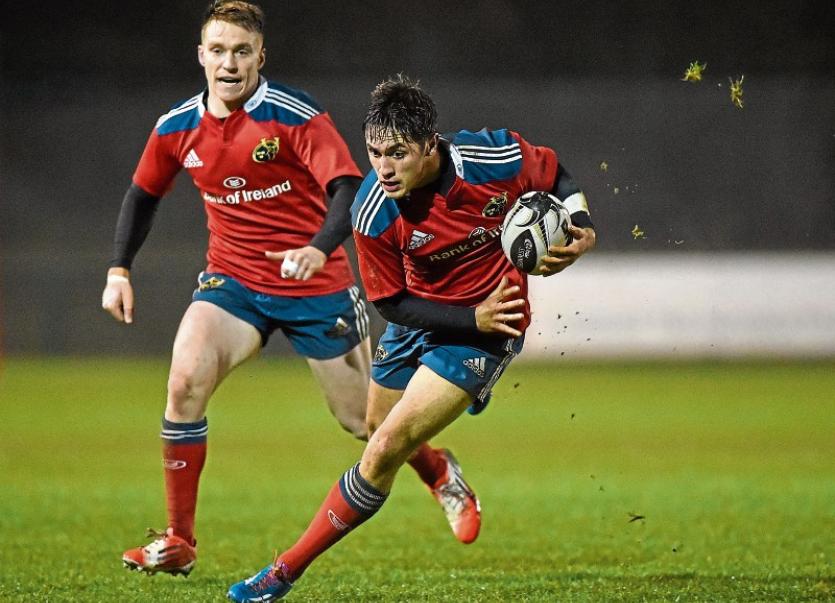 IRELAND international Dave Foley will captain a strong Munster ‘A’ side, as head coach Peter Malone makes wholesale changes for this Saturday’s crucial British and Irish Cup clash away to Rotherham Titans, 2pm.

Aside from Darren O’Shea, David Johnston and academy talents Vincent O’Brien and Sean O’Connor, Malone names a new look Munster A side as they chase their first win of the campaign following an opening round loss to champions London Welsh at Midleton RFC.

Returning from a pectoral injury sustained in Munster’s win over the Maori All Blacks, James Cronin joins the academy duo of Vincent O’Brien and Brian Scott in the front row.

Dave Foley will captain the side from the second row where he comes in to partner Darren O’Shea, and with Sean O’Connor remaining in situ, Dan Walsh and Robin Copeland complete the back row.

Academy playmaker Bill Johnston, in joining his brother in the starting lineup, makes his first appearance in the a red jersey since overcoming the shoulder injury he sustained at the World Rugby Under 20 Championship and forms a brand new half back partnership with Te Aihe Toma.

A new pairing is also seen in midfield where Sam Arnold and David Johnston start with a back three of academy wingers Greg O’Shea and Calvin Nash, and full back Alex Wootton completing the side.