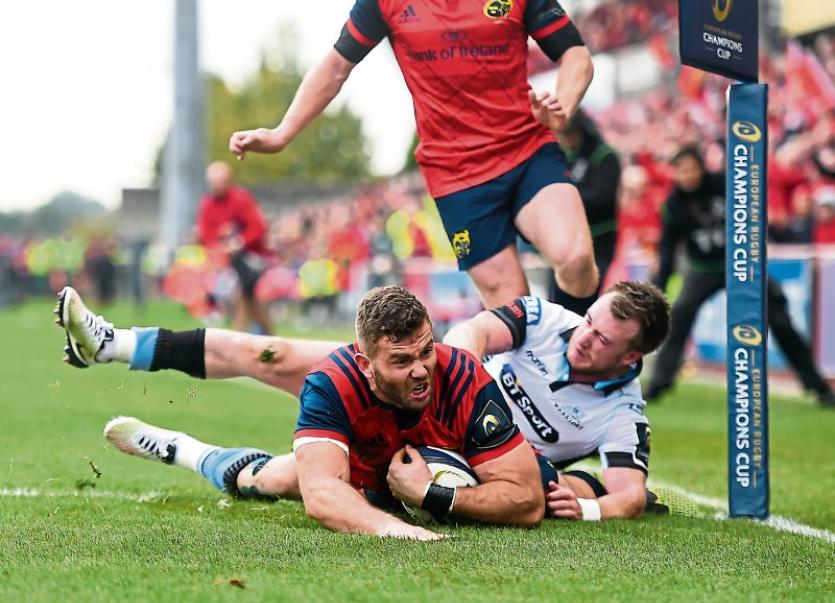 MUNSTER Director of Rugby Rassie Erasmus says he expects a totally different challenge from Glasgow in their Guinness Pro12 clash at Scotstoun on Friday night (7.35pm) to the one which faced the province in the Champions Cup in October.

Munster scored an emphatic 38-17 bonus point win over the Scottish team at a sold-out Thomond Park in the province’s first game since Anthony Foley’s sudden death.

Erasmus said: “The previous game was at home and it was after a very emotional few days when we played them. It’s a totally different set up playing them away from home after some international players were gone and some are coming back into the mix.

“Our team was mixing and matching in the last four weeks with guys coming in and out and guys coming back from injury. I guess it’s the same for them, it’s a totally different challenge and build up to the match.

“They play a team, the last time we played them, they had just smashed Leinster by 40 points so that’s how difficult they will be at home. About 14 or 15 of their players played for Scotland at the weekend so it’s going to be a big challenge.”

Friday night’s Pro12 clash between table toppers Munster and the Warriors is live on TG4.

The game will be refereed by Welsh official Nigel Owens.