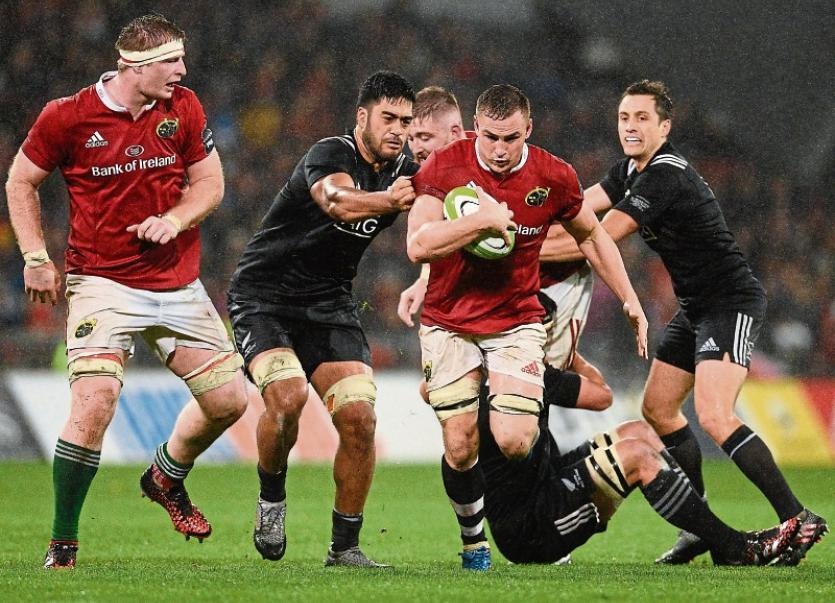 O'Donnell, made his league debut off the bench against Scarlets in September 2007.

Ireland internationals Conor Murray, CJ Stander and Keith Earls are not involved in the squad in Glasgow after a busy autumn international schedule.

Munster make six changes to the starting team from the side which thumped Treviso last Saturday for the trip to Scotland.

Returning international Peter O'Mahony comes back in to captain the side in a powerful looking back-row.

Four personnel changes are seen in the pack. Niall Scannell returns at hooker, Jean Kleyn and Billy Holland start in the second row and O'Mahony comes back in at 6. The Munster captain's return sees Jack O'Donoghue make the positional switch to number 8.

The final two personnel changes are made in the half backs and midfield with Ian Keatley and Rory Scannell starting at out half and inside centre respectively. Consequently Jaco Taute reverts to outside centre.

Named among the replacements, Donnacha Ryan is another to make a return from international action while scrum half Te Aihe Toma could make his competitive debut for the province.