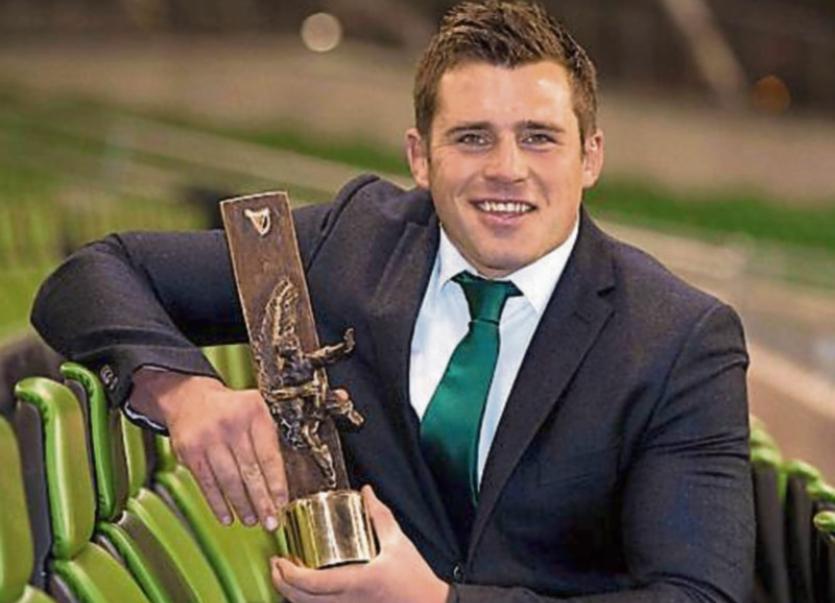 The awards crowns a memorable 2016 for South African-born Stander won his first cap in Ireland's opening 6 Nations draw against Wales last February where he was named man-of-the-match.

Stander has continued his outstanding run of form for both Munster and Ireland this season, playing crucial roles in Joe Schmidt side's recent wins over both New Zealand and Australia.

Stander said: “It's good to get it. I think when you're a younger boy you go through a stage where you want to get a lot of pats on the back but when you get older and you get into a team you just want to perform for all the boys and for the team to help them win. That's really my biggest drive.

“It's been a great year, an unbelievable last three years and I've worked hard to get to the place where I am now. The biggest thing for me now is to drive on from there and not settle or be part of the furniture. You always have to push on and create something new.

“My dad always used to say to me “your boss is only getting born”, that someone is stepping up to make life difficult for you.

“He used to say it in Afrikaans but it means that the guy who's going to push you out of your position is only over your shoulder.”

Meanwhile, there is also a full programme of Ulster Bank League games this weekend, the final series of fixtures of 2016.

In Division 1A, second-placed Young Munster, still smarting from Friday night's defeat to local rivals Garryowen, face a trip to Dublin to take on leaders Lansdowne in a crucial top-of-the-table clash. Also in the top flight, Garryowen will be looking to make it three wins on the bounce in 1A when hosting basement side Terenure College at Dooradoyle.

In Division 1B, second-placed UL-Bohs will be looking to get back to winning ways when hosting fellow students UCC on the 4G pitch at UL. In the same Division, bottom-placed Shannon, boosted by their gritty second half display last weekend, travek to Crowley Park for a mammoth relegation clash with ninth-placed Galwegians.

Finally in 2C, Bruff host table toppers Rainey Old Boys at Kilballyowen Park. All games in the AIL this Saturday start at 2.30pm.