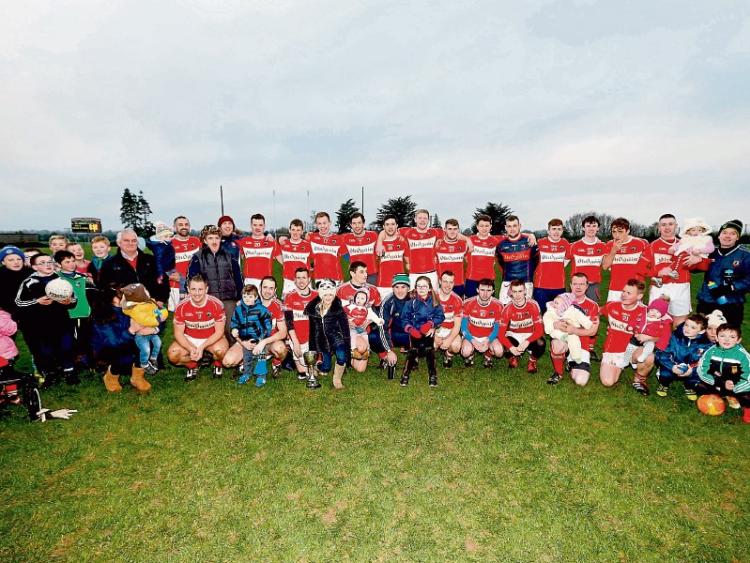 EAST Limerick side Oola were crowned County JBFC winners after an 0-8 to 0-6 win over Dromcollogher-Broadford in Bruff on Saturday.

Oola dominated the early stages of this final but only held a two-point advantage at the interval after they had scored the game’s first five points without reply.

The winner had two points from play from both Pat Ryan and John Clifford.

At the other end of the field, Drom-Broadford only managed two points from play in the game – Damien Lacey and Ross Egan 0-1.

Oola were 0-8 to 0-5 ahead entering the final quarter and while Damien Lacey had a late free for the west Limerick side, no late match winning goal emerged.

On Sunday, Limerick junior B hurling champions Murroe-Boher were beaten in the semi final of the Munster JBHC, after a 1-12 to 2-8 loss to Tipperary champions Upperchurch Drombane.

The east Limerick side were heavily reliant on the free taking of Dylan O'Connor who landed all their points from placed balls.

The Tipperary side led by four points going into half time but a Joe Keays goal left the score at 0-8 to 1-4 at the break.

A Shane Egan goal put Murroe-Boher ahead for the first time seven minutes into the second half but that lead was cancelled out by a TJ Butler goal.

O'Connor levelled the game for a second time with 15 minutes left but the Tipp side edged the win.