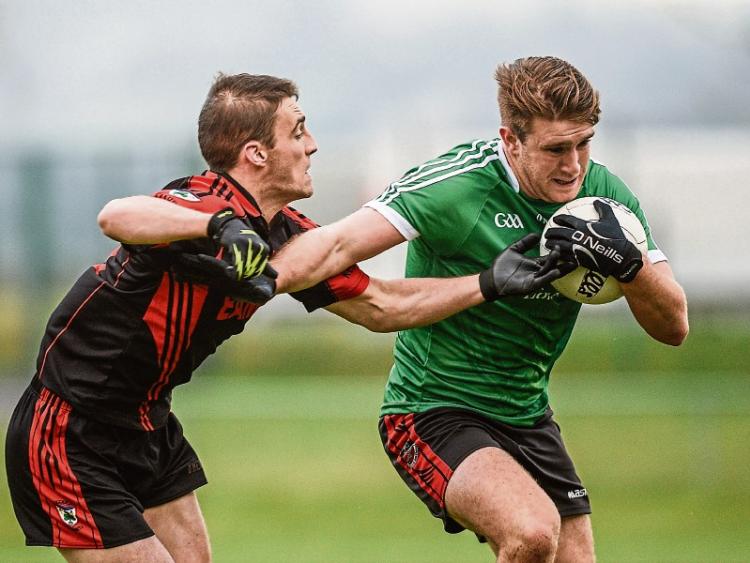 DEFEAT was Adare’s lot in the Munster club IFC final this Sunday when they were powerless to stop a talented Kenmare side.

Kenmare were 1-11 to 0-5 ahead at half time and looked every bit the 1/16 favourites against an Adare side largely backed by their U-21s.

Adare were brave but had no answer to a talented Kenmare side that entered the game as hit favourites for the All Ireland title. They now play Westport in January’s semi final.

Adare did have the two opening scores of the game – both Hugh Bourke frees.

Six unanswered points followed for Kenmare – all from play with their star trio of Stephen O’Brien, Paul O’Connor and Sean O’Shea leading the way.

The lead for the Kerry side was soon 0-9 to 0-3 before another Bourke free eased the defensive woe for Adare.

But then came the first half goal. Adare goalkeeper saved brilliantly from David Hallissey in the sixth minute but his 24th minute short kick-out was intercepted and Sean O’Shea blasted high to the net for a 1-10 to 0-4 lead.

Hugh Bourke added a point from play to his three frees, but Adare were nine points down at the break.

In the second half Adare were never able to ask serious questions of Kenmare.

It was 1-16 to 0-6 after 10-minutes of the second half with Jack English getting the Adare score from play.

Kenmare then went 15-minutes without a score.

The Adare goal came in the 53rd minute when Mark Connolly found the net from close range after a quick free from Hugh Bourke.

Paul Maher added a point from play and it was 1-16 to 1-8 with Kenmare playing the final five minutes with 14-men after a red card for Denis Cronin.