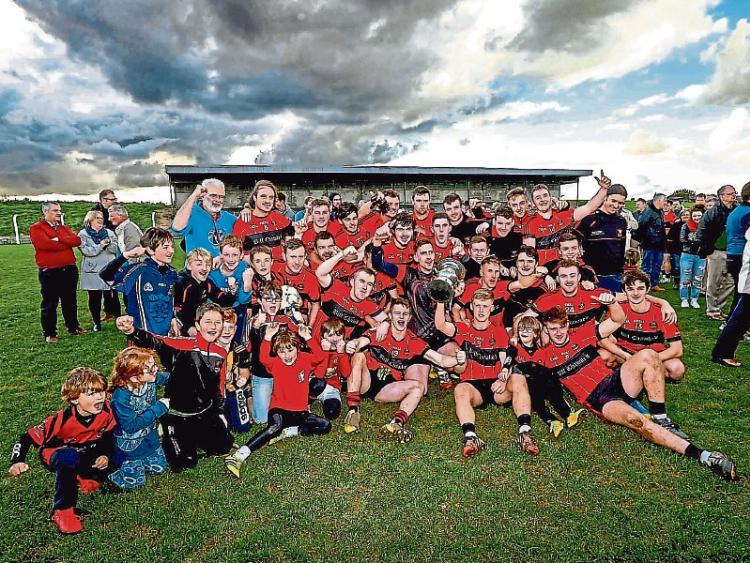 “WE are playing another championship game on Sunday and that is the way we are looking at it – no talk of Munster finals or the opposition.”

”We have belief and I don’t expect that Kenmare will get anything too easy on Sunday,” said the manager, who is in his first year with Adare.

A former manager with Catholic Institute senior men’s hockey side, Gleeson is full of praise for his Adare troops.

“I think we have 30 great players and they are all committed to eachother. They are a great bunch to work with. From day one I wasn’t fully aware of what was in Adare but if your committed and fit enough then lets see what happens.”

What happened for Adare was an instant return back to the senior ranks with a county IFC final win over St Senans.

Just about 12-months ago Adare was a surprise packet that won the county Premier U-21 title and on Sunday as many of ten of that team could be in starting roles.

“They strong point is that there is a squad there and everyone has a squad mentality and I think we must have used almost 30 players in the championship. If I am to bring on fresh legs I want the players coming off with fatigue.”

He stresses: “One player might have more talent than another but there is no excuse for anyone to have a lower work-rate”.

“I am very clear on my role and that is as a facilitator – to create the right atmosphere and make everything professional around the group. With Fionan (Kelliher) and Joe (Redington) we have top class coaches.”

While Gleeson pin-points the attacking potential of the Kenmare full forward trio of Stephen O’Brien, Paul O’Connor and Sean O’Shea, he insists getting Adare at 100% is the task at hand.

”The one thing with this group is that they are never short of effort. We need to bring space and speed and that’s important to the way Fionan and Joe have them playing and trained,” explained Gleeson, a former Mungret GAA treasurer.

Adare got a walkover from Waterford in round one of Munster but then made a name for themselves when beating Cork’s Kiskeam in the semi final.

”We hope we can learn something from all this to bring back to senior in Limerick next year,” said Gleeson.

”We are a very positive group and they are tremendous to work,” explained Gleeson.