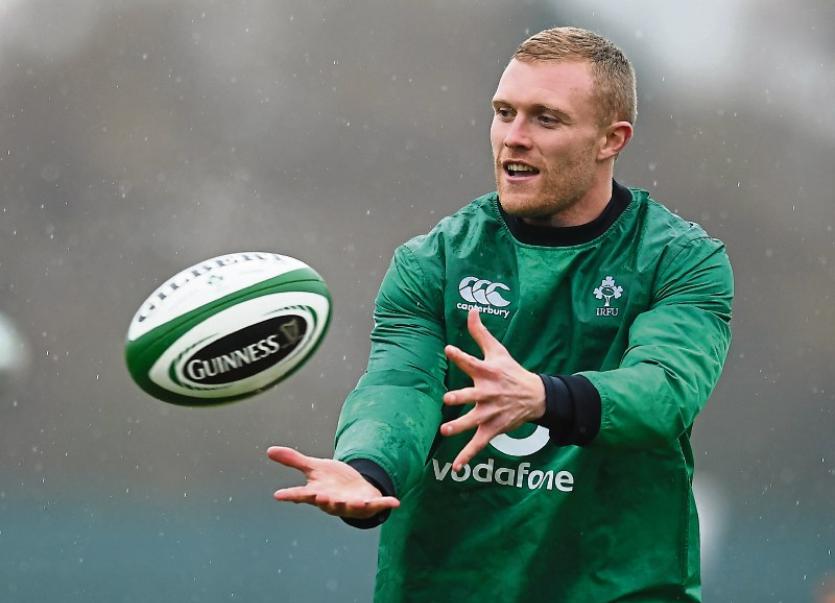 Earls is included on the left wing where he replaces his Munster team mate Simon Zebo, who is listed among the replacements.

"He’s taken two or three days and trained today, but probably didn’t train flat out, he’s still got another 48 hours to recover and we’re hoping he’ll be 100% by Saturday.

"With that little bit of lingering doubt, Keith Earls brings a freshness to the group and hopefully that will add a bit of vitality.

"Also Keith’s roundly experienced and gives us a bit of midfield cover should we need so that versatility is not too bad to have."

Three Munster players have been included by Schmidt in his starting line-up to take on Michael Cheika’s Wallabies.

In all, there are four changes to the side that started last week's bruising game against New Zealand.

Garry Ringrose and Paddy Jackson start in place of the injured Robbie Henshaw and Johnny Sexton while Iain Henderson starts in the second row and Earls on the wing.

Munster’s Donnacha Ryan who started last week’s 21-9 defeat to New Zealand in the second row is not included in the squad to fave Australia.

Limerick’s Sean Cronin, of Leinster, is named as replacement hooker to face the in-form Wallabies this weekend.

Ulster’s Rory Best captains the side on his 100th appearance in green. Best joins an illustrious list of centurions alongside Paul O'Connell, Ronan O'Gara, John Hayes and Brian O’Driscoll.