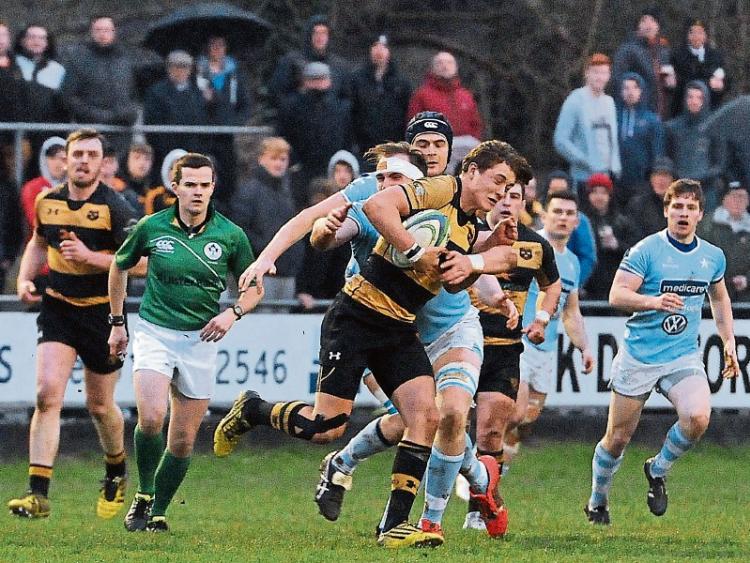 THE top flight derby meeting of Young Munster and Garryowen in Division 1A of the Ulster Bank League at Clifford Park on Friday night (7.30pm) is the highlight of an action-packed weekend.

The glamour Greenfields clash is one of two crucial Limerick derbies this weekend as Old Crescent entertain Richmond at Rosbrien on Saturday, 2.30pm.

Young Munster sit on top of Division 1A, two points ahead of second-placed Lansdowne, ahead of their clash with the 'Light Blues'.

Free-scoring Munsters' collected their fifth try bonus point of the season when seeing off struggling Terenure College at Lakelands, 31-23, last time out.

Garryowen also come into Friday night's encounter on the back of a bonus point win in a high scoring affair as the Dooradoyle club recorded a thrilling 43-38 victory over St Mary's College in their most recent outing.

Gearoid Prendergast's Munsters' side sit 11 points ahead of seventh-placed Garryowen in the top flight table.

UL-Bohs, who have won six of their seven games this season, currently sit five points behind leaders Buccaneers, the only side to defeat the Red, Red Robins this term, in the 1B table.

Shannon's need for points is equally great this weekend as the Paris side slipped to bottom place in the table with that derby defeat to UL-Bohs.

Shannon have taken just eight points from their opening seven fixtures and have recorded just a single win in the AIL this season.

Saturday's visitors to Limerick, Old Wesley, sit third in 1B, with five wins from seven.

Meanwhile, seventh-placed Old Crescent will be anxious to back up their 59-0 thumping of City of Derry last time, with a home win against neighbours Thomond on Saturday. Ninth-placed Thomond suffered a heavy defeat to high-flying Armagh last time out.

Bruff thumped bottom-placed Kanturk 36-8 last time out, to record just the second win of the campaign. Bruff sit three points ahead of the Cork side and are level on points with ninth-placed Boyne.

Saturday’s opponents Bangor sit third in the table on the back of five wins from seven games.