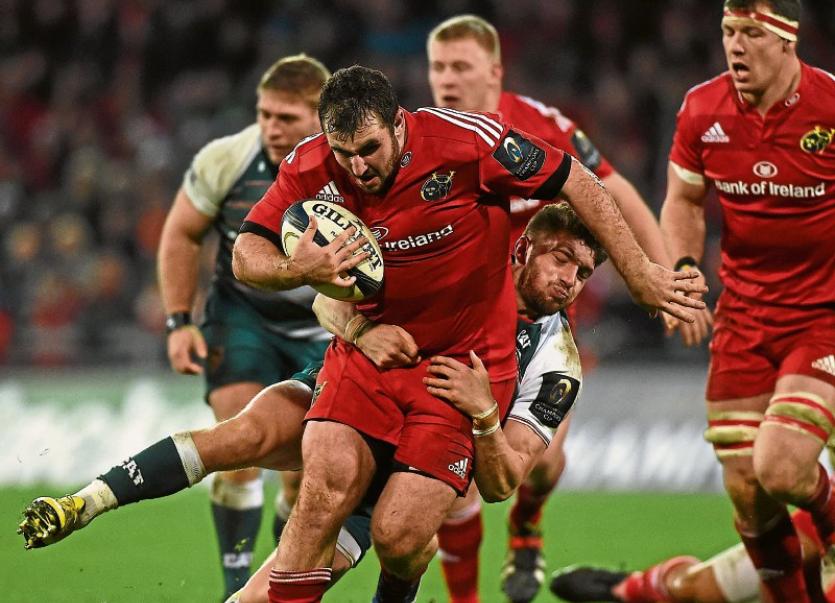 MUNSTER prop James Cronin has undergone a scan on the pectoral injury he sustained in the province’s historic victory over the Maori All-Blacks at Thomond Park on Friday night.

Cronin emerged as the only injury concern from the glamour friendly. Munster revealed this Monday that the loosehead prop has undergone a scan for a pec injury sustained in the opening half of the game and is currently awaiting the results.

The Munster squad is enjoying some down time this week before resuming preparations for the Saturday, November 26 Guinness Pro12 clash with Treviso next Monday.

A number of injured players are continuing with their respective rehabilitation programmes in UL this week.

Three Munster players, Billy Holland, Jack O'Donoghue and John Ryan, made their test debuts for Ireland in the November Series win over Canada at the Aviva Stadium on Saturday evening.