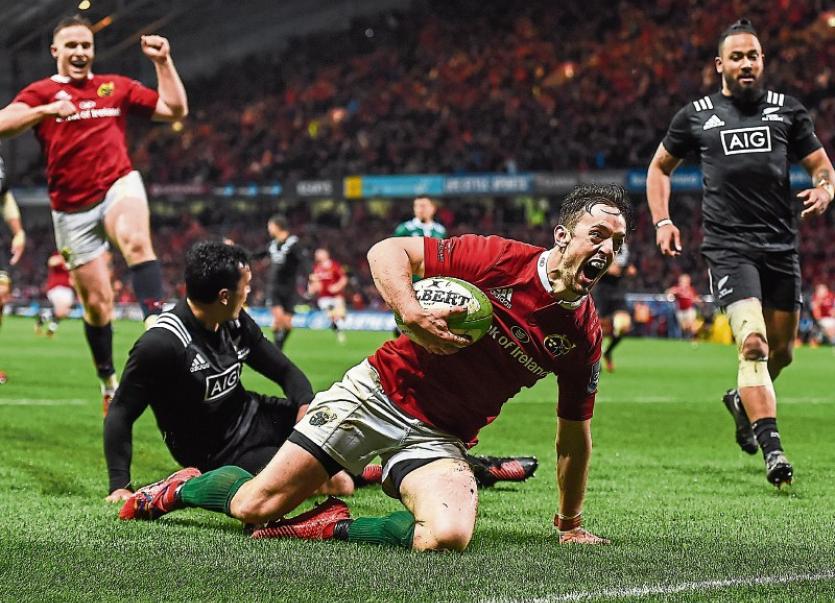 MUNSTER Director of Rugby Rassie Erasmus said Friday night's win would instil the confidence of knowing that their young guns have the 'character' to pull off big victories.

Five members of the Munster Academy, Conor Oliver, Dan Goggin, John Foley Sean O'Connor and Brian Scott, were involved in the province's third ever victory over a touring side at Thomond Park.

Afterwards Erasmus said: “You are proud of the performance first of all and the result is great. We will enjoy tonight and we have a week off next (this) week.

“It will give us a bit more confidence with knowing that out young guys has this character to pull games like this through.

“It was a new experience. It keeps on getting more special. It is nice to play against a quality side like that. I would have been happy with a good effort. Seeing all the young guys out there and seeing how they perform and handle the occasion and the pressure, a win would have been an absolutely bonus which it is.

“Overall, it was very pleasing and satisfying. It was definitely a quality team we were playing against. They really have skilful players and we got the result which really wasn't the aim in the beginning, that aim as to put a good effort in.

“If you look at the squad, out of the 23, with one or two guys in their second year in the Academy who have made debuts. You have a guy like Brian Scott who just came into the mix, Peter McCabe who put up his hand up the last three to four weeks.

“Darren O'Shea, together with John Madigan, Conor Oliver at flank, overall it is pleasing to see the guys believing in the structures, the plans and perform.

“Apart from the result we are building depth and have confidence in the depth which is nice.

“I am a South African, but after spending the last 16 weeks here (in Limerick) my heart is turning Irish because the people here are special people. We went through a tough time with our head coach passing away, I have learned a lot about Irish culture and I think it is showing on the field how people stick together.”

Erasmus said it was great to see the supporters appreciate the players' hard work on the pitch. It was the third 'sold out' home game for Munster in recent weeks.

“The Munster crowd, both here and in Cork, appreciate the effort, catching a high ball under pressure, a good maul, good scrum, and that gives us confidence.”