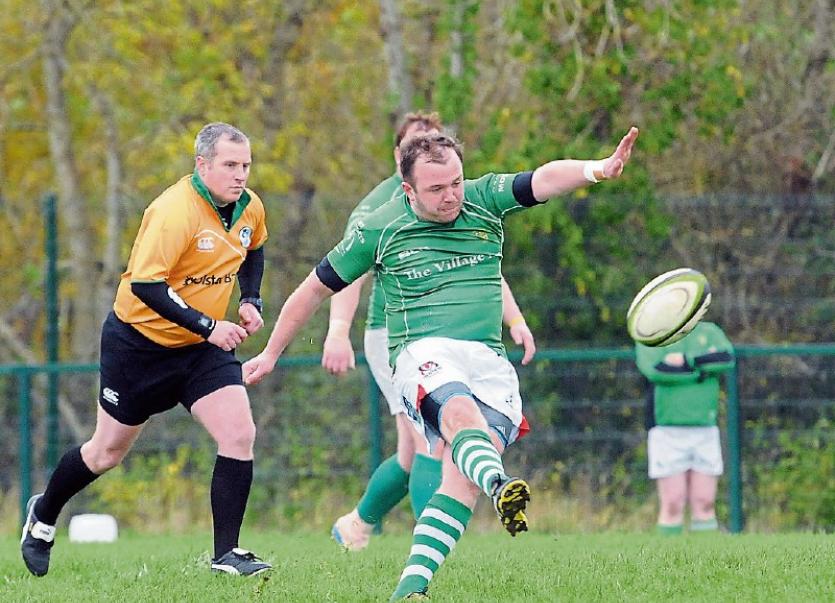 LIMERICK side Galbally RFC has advanced to the quarter-finals of the Ulster Bank All-Ireland Junior Cup, but there was disappointment for Richmond who bowed out of the competition.

All-Ireland Junior Cup debutants Galbally scored a thrilled 16-13 victory away to Gorey on Saturday to reach the last eight, while Richmond succumbed 29-16 at home to Ballyclare.

Michael Donovan was Galbally's try scorer in their excellent three-point win over the Co Wexford side, while Jack O'Mullane kicked a conversion and three penalties.

It was the third of O’Mullane’s three penalty goals in the final minute  of the game that proved crucial in the Limerick side’s nail-biting win.

Galbally have been drawn away to DLSP for their quarter-final clash on Saturday, November 12

Meanwhile, Richmond’s 16-point tally in their defeat to Ballyclare came courtesy of a Kealon Stephenson try, while Brian Mullins kicked a conversion and three penalties.

(Ties to be played Saturday, November 12)