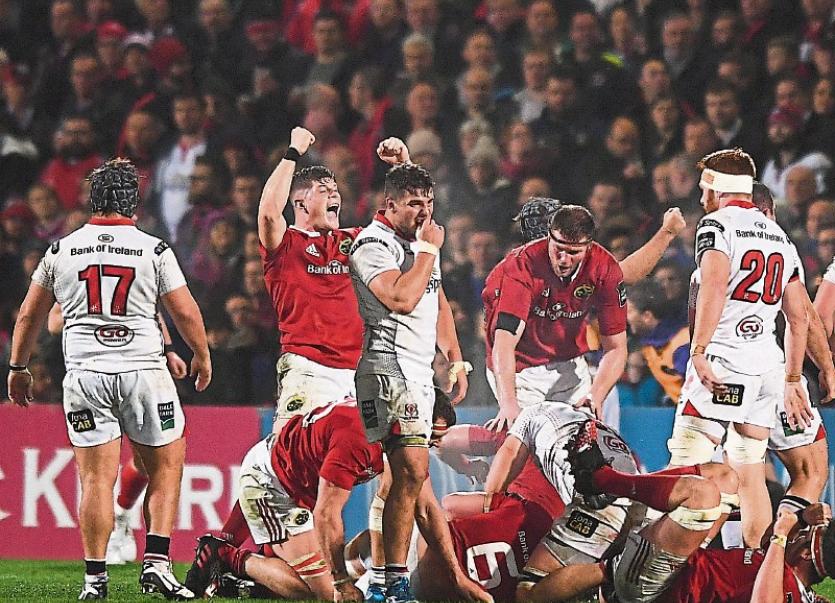 MUNSTER Director of Rugby Rassie Erasmus was pleased with his side’s ‘gutsy performance’ in seeing off Ulster which saw them move fourth in the Guinness Pro12 table.

Munster sit three points behind Leinster, Ospreys and Glasgow on the back of their nail-biting 15-14 win at Kingspan Stadium. Ulster had led 14-0 at one stage in the opening half.

Munster return to Pro12 action on this Friday night when hosting the second-placed Ospreys in a Round 8 clash at Musgrave Park, 7.35pm.

Erasmus said: “It was a gutsy performance against a good Ulster team. We also have to be realistic. Their drop goal could have gone over at the end and we would have sat here with long faces.

“Even if we lost this game, I think it was a nice game to be part of and the way it was played in the right spirit, it is great to win and to be lucky to win a game like that.

“The guys who came on really lifted it. In the beginning Ulster were finding holes and they scored two easy tries, but we rectified that at half-time and then from the few chances they had in the second half, we kept them out.

“Still it was very close at the end, it wasn’t like it was comfortable. I am just happy the guys gutsed it through at the end.”