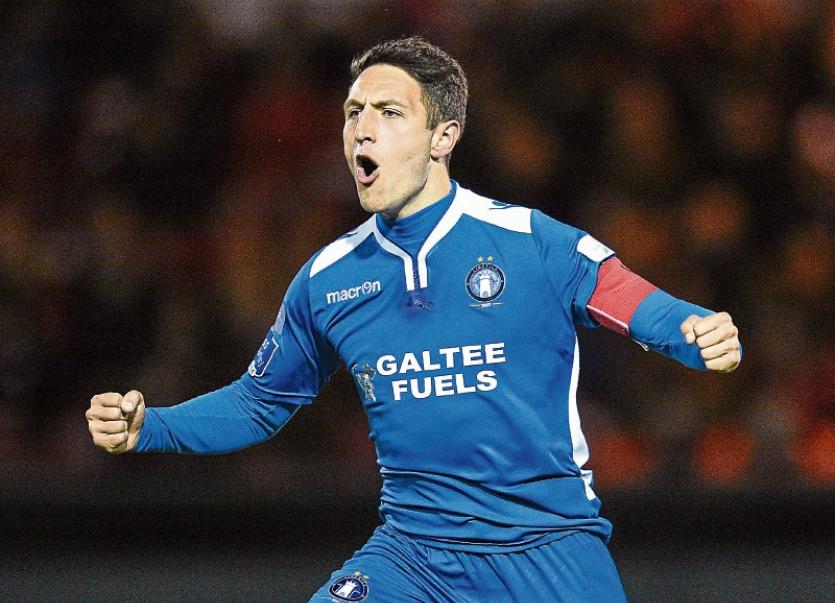 LIMERICK FC captain Shane Duggan was named the Professional Footballers of Ireland (PFAI) First Division Player of the Year for 2016 on Saturday night.

Midfielder Duggan led Limerick to automatic promotion back to the SSE Airtricity League Premier Division for 2017 after the Blues ran out convincing 23 point winners of the First Division.

Twenty seven-year-old Duggan is the first Limerick FC player to win the PFAI First Division Player of the Year accolade since Rory Gaffney in 2012.

The PFAI awards were presented at the Marker Hotel, Grand Canal Square, Dublin on Saturday evening.

Shane Duggan joined his hometown club of Limerick in October 2013, having spent the previous five seasons at Cork City.

Duggan, from Norwood Park, began his career at local club Fairview Rangers. His father Ger won the league and FAI Cup with Limerick in the 1980s.