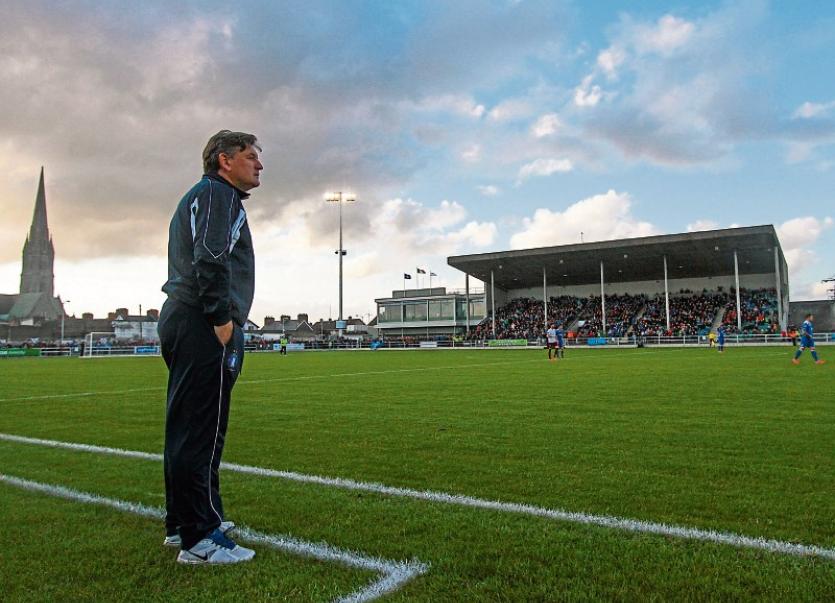 THE Markets Field has won the 2016 SSE Airtricity League Pitch of the Year Award, following an inspection by the Irish Institute of Sports Surfaces (IISS).

This is the first time that the ground has received this prestigious award. Limerick FC returned to the redeveloped ground in the 2015 season.

The winner of the award was announced following nominations by SSE Airtricity League referees and players, in association with the Professional Footballers Association of Ireland.

The award, which is organised by the FAI and IISS, and sponsored by Greenday Environmental Services, will be presented at a function prior to the FAI Irish Daily Mail Cup Final at Aviva Stadium on November 6.

George Lee of the Limerick Enterprise Development Partnership (LEDP) and Markets Field Stadium Manager remarked: “We are delighted that Markets Field has received this prestigious award.

“We would like to congratulate our colleagues in Limerick FC and the ground staff at Markets Field for their excellent work in maintaining the pitch to such a high standard.”

Fran Gavin, Director of the SSE Airtricity League, said: “I would like to congratulate Limerick FC and the LEDP on winning this award.

“This is a sign that the partnership between the club and LEDP has worked well. It is fitting that the ground will be hosting Premier Division football again next season.

“I would also like to thank the players (through the PFAI) and the referees for their assistance in this award.“

Pat O’Sullivan, Chairman of the Limerick FC, said: "We are extremely pleased that the hard work done by all at Markets Field has been recognised by winning the SSE Airtricity League "Pitch of the Year" award this year.

“Together with the LEDP, we believe it is a credit to the staff and volunteers who work tirelessly to keep the surface in top condition, and I would like to congratulate them.”

The competition began in 2007 following the takeover of the National League by the Football Association of Ireland. Initially it was known as the Groundsman of the Year Award but was renamed Pitch of the Year in 2009.