Limerick FC players to be honoured at PFAI Awards 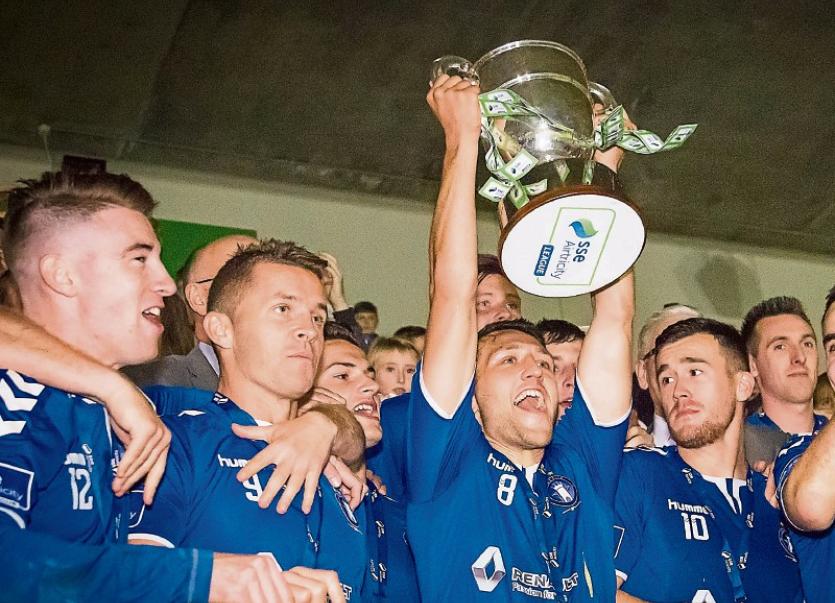 TWO Limerick FC players are in the running to scoop the PFAI First Division Player of the Year accolade, the winner of which will be announced in Dublin this Saturday night.

And eight members of the Blues First Division championship winning squad have been selected on the PFAI (Professional Footballers Association of Ireland) First Division Team of the Season.

The two players nominated for the First Division Player of the Year accolade are club captain Shane Duggan and striker Mulhall.

Mulhall, who joined the club this season, has already scooped the Limerick FC Players’ Player of the Year award.

The last Limerick player to win the First Division Player of the Year award was Rory Gaffney in 2012.

And eight players have been selected on the First Division Team of the Season with Duggan and Mulhall, joined by Freddy Hall, Robbie Williams, Shane Tracy, Paudie O’Conor, Lee J Lynch and Aaron Greene.

The PFAI awards will be presented at the Marker Hotel, Grand Canal Square, Dublin 2 on Saturday evening.

Limerick FC Golden Boot Award winner John O'Flynn, who netted 19 goals this season, was among the Blues players to miss out on inclusion in the First Division best XI.

The Limerick FC Player of the Year award was won by exciting left-sided player Shane Tracy.

The three remaining spots on the Team of the Season are filled by the UCD trio of Maxi Kouogun, Gary O’Neill and Ryan Swan.

Limerick FC won the First Division title with a whopping 23 points to spare to secure their automatic return to the Premier Division for 2017.