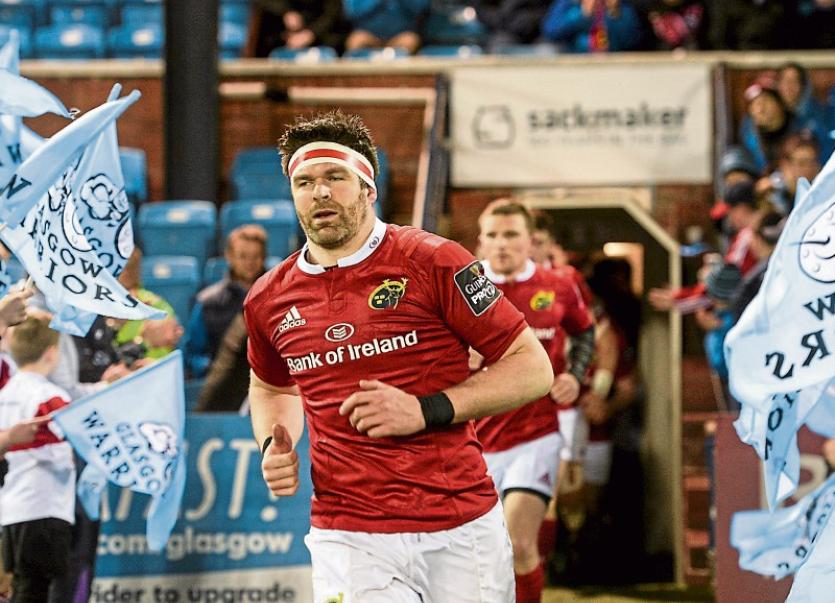 MUNSTER’S John Ryan and Billy Holland are two of six uncapped players included in 34-man squad that will prepare for the Ireland fixture against New Zealand in Chicago on Saturday, November 5.

In all eight Munster players have been named in Joe Schmidt’s squad to face the World champions at Soldier Field, Chicago.

Munster are also represented by Conor Murray, Peter O'Mahony, Donnacha Ryan, CJ Stander, Keith Earls and Simon Zebo. Although Earls is included in the squad, he is suspended for Ireland’s first test against the All-Blacks.

The squad will gather in Carton House on Sunday next, October 30, following the Guinness Pro12 fixtures between Ulster and Munster on Friday (7.05pm) and Leinster and Connacht on Saturday, 5.15pm. The team departs Dublin for Chicago on Monday October 31.