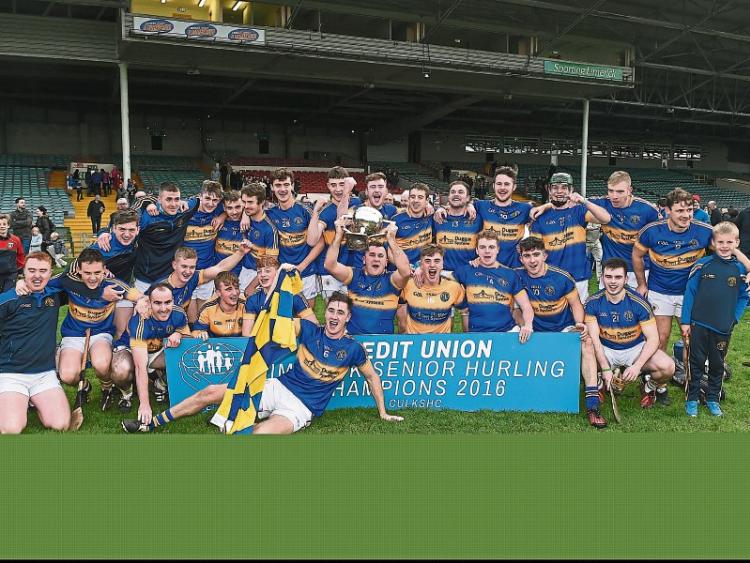 PATRICKSWELL ended a 13 year wait for Limerick SHC in style with an emphatic 1-26 to 1-7 win over Ballybrown.

Their 19th championship title sends them top of the roll of honour with Ahane.

A first title since 2003 books a Munster club SHC semi final against Cork’s Glen Rovers in the Gaelic Grounds on November 5/6.

Patrickswell dominated much of the opening half to lead 1-10 to 0-5 at half time in front of an attendance of 4953.

Ballybrown had the aid of the gentle breeze but hit 12 first half wides, compared to five for The Well.

Cian Lynch had three from play by half time as Patrickswell led by eight points.

Alan O’Connor, Kyle Loftus and Lee Doolan were on the mark for Ballybrown but the wides hindered their progress.

In the second half Patrickswell secured the title with nine of the first 10 scores to lead 1-19 to 0-6 with just 43-minutes played.

Stephen Foster had a consolation goal for Ballybrown in the 51st minute to leave it 1-21 to 1-7.

That was to be the only Ballybrown score from play in the second half.

At the other end Patrickswell had Barry Foley among the scores as he won his seventh Limerick SHC medal.