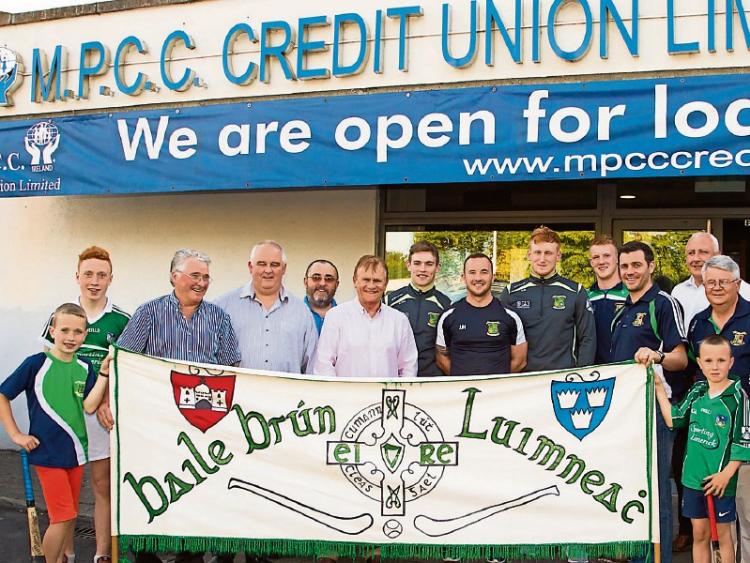 BACK in 1989 when Ballybrown won their maiden Limerick SHC title Evan Loftus was a four year old mascot.

His father John was part of a three person management with Tom Ryan and Michael Lynch.

Twenty seven years later, Evan Loftus is the team manager as Ballybrown bid for a third ever Daly Cup title.

Last weekend Evan turned 32 and wears the bainesteoir bib on Sunday just 12-months after he played in his club’s County Cup final win as the curtain-raiser to the 2015 Limerick SHC final.

“They were stuck,” he jokes of his elevation to club manager.

”I was manager of the U-21s for the previous four years and Eoin Brislane was over us (seniors) last year and through work commitments he couldn’t stay with us and the boys were on a search for a manager and one or two of the players approached me – I was taking a step back from the hurling anyway,” he recalls.

“The legs were starting to give up, most people would say I didn’t have them in the first place. The head knew where I wanted to be but the legs wouldn’t take me there so it was time to step aside,” said Loftus.

”There is a part of me that would love to be outside on the field on Sunday to be inside the white lines and not standing on them but such is life.”

Evan’s father was manager when Ballybrown were last champions in 1991.

“Of course I go to him and hop things off him and take his advise at times and ignore him at times – it is a big help to have him there if I am ever stuck between a rock and a hard place in terms of what to do,” said Evan.

”We didn’t set out any targets at the beginning of the year – we said we would take it one game at a time. We had a load of small targets and the first one was to get over South Liberties which turned out to be a tough thing to do – it was a dirty day inside in Claughaun and we got over it and that bred a bit of confidence into the team,” recalled the manager.

”We treated every game as a game of hurling and said we would see where it brought us at the end of the year.”

The mantra was simple from Loftus and Co.

“99% of it is work-rate – it’s the one aspect of every fella’s game who takes the field that he has total control over. Some days your touch will abandon you and some days the rub of the green won’t go your way but work-rate is something that is up to you to get out and we preach that no matter what happens on any given day that our work-rate was to be as high as possible,” he stressed.

”To be honest it was an extremely tough group with Na Piarsaigh, Kilmallock both in the previous two All Ireland finals with Na Piarsaigh winners. There was Doon, an up and coming team and one of many peoples favourites for the county and then you has Liberties, who have threatened for a couple of years and gotten to quarter finals and then there was Bruree, who were the previous year’s intermediate champions – there was no such thing as an easy game.”

The Ballybrown manager insists his players won’t get caught up in pre-match hype.

”We are just treating it as another game of hurling and whatever title is before it means nothing to us – we are going with no pressure and they are the hot favourites.”