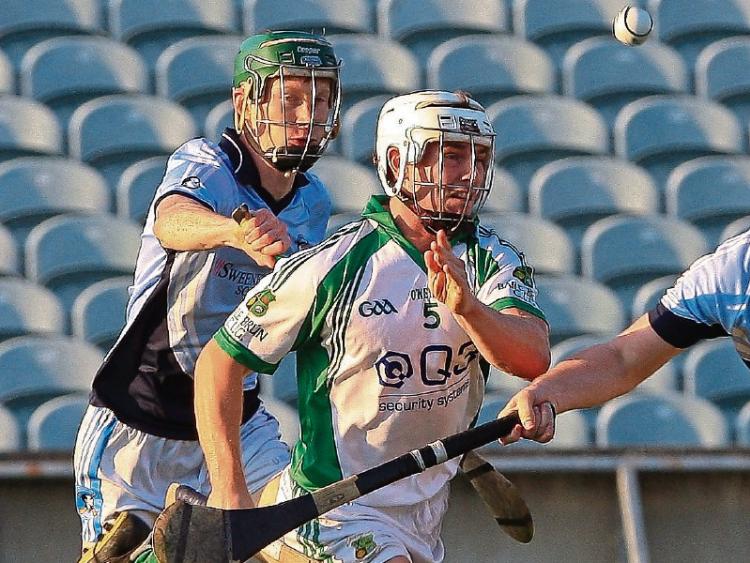 THE key to the Ballybrown success is simple according to captain Stepehen O’Reilly.

Appearing in a first Limerick SHC final since 1995, O’Reilly believes ‘hard work’ is the foundation for their journey from the intermediate ranks to a senior county final.

“Not much has really changed - hard work and doing the simple things right. I just think it’s down to hard work - we are drilled well and training has been good. Not much has changed but we are working harder,” said the captain.

In their fourth year back in senior hurling, Ballybrown were 25/1 seventh favourites from the outset of the championship.

”It was always a target but maybe going on the last few years we didn’t expect to get there but we put in the work and it paid off in the end,” said the captain of reaching the county final.

”We knew we were good enough but it was just to put it all together.”

”We were taking it game by game - I think people probably thought that we weren’t going to do anything. People may have thought relegation candidates more so than where we are now but we always believed we had what it takes to compete with the best,” said O’Reilly, who accepted it “wasn’t the kindest group”,

”We were targeting the first two games (South Liberties and Bruree) and we knew we needed four points and we were full of confidence after that - we knew we had the players and belief to take on anyone,” explained the corner back, a 2011 Munster U-21 winner with Limerick.

”Once Kilmallock came around we gave them a rattle and got a draw and pushed on from there.”

Ballybrown arrive in the final unbeaten.

”We don’t really fear anyone - we know we are a decent team and with hard work you can do a lot. We have had a young and upcoming team and fellas are maturing and we now have a good balance with older lads and now younger lads are pushing though. Everyone is willing to work and that’s the key,” outlined O’Reilly.

Tthe bookies have Ballybrown as 12/5 underdogs.

”We are still unbeaten and we fancy ourselves against anyone at the end of the day. We respect everyone, but we don’t fear anyone and feel we can beat anyone,” said the captain.

He added: “Obviously Patrickswell are red hot favourites but we will be quietly confident that we can do the business”.

O’Reilly is hoping that Ballybrown can call upon the experience of playing in Limerick IHC finals.

”We spent a long time down in intermediate but I never thought that senior was out of our grasp. We had to come up and then settle - the first two years were tough but we have settled and now we are playing at our level in senior hurling. We spent a long time down there and we lost two or three finals but we were persistent and we knew we were good enough to get out of that grade and eventually we got there in the end.”

Sunday’s final brings the biggest of rivals face-to-face but Ballybrown aren’t focused on the opposition.

”If we keep the heads we will be fine - there will be nerves but this is where we want to be. It’s something you dream of when you are growing up.”

While Ballybrown were last in the final in 1995, the wait for the Daly Cup to return to the Clarina area stretches back to 1991.

”The last time they won the county I was only a couple of months old and we haven't had too much success since so it would mean a massive amount to the young and old and put us back where I feel we belong - I believe we are a top senior club so hopefully we can get one under our belt,” said O’Reilly.